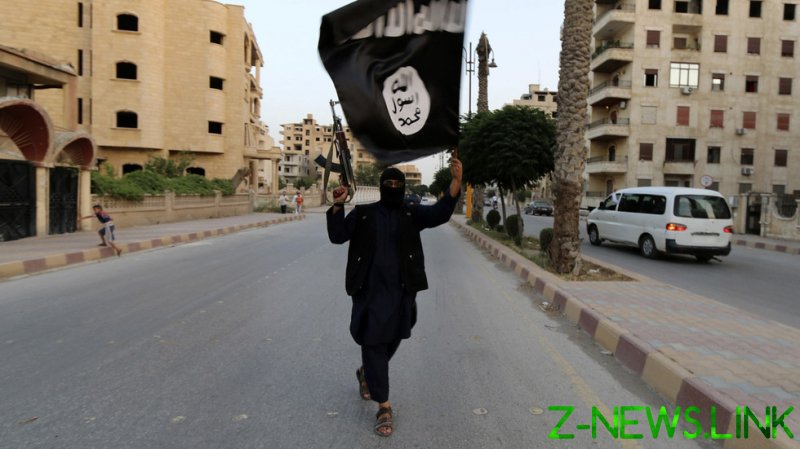 Mohammed Khalifa was charged with conspiring to provide material support to IS resulting in death, the US Department of Justice announced on Saturday.

Khalifa was captured in 2019 by the Syrian Democratic Forces (SDF), a US-supported and predominantly Kurdish faction in Syria’s multi-front civil war. According to a Justice Department statement, he was “recently” handed over to the FBI, and has been held in Virginia awaiting charges since.

Born in Saudi Arabia, Khalifa was a citizen of Canada, and “had a normal life” there, according to a 2019 interview he gave to the Canadian Broadcasting Corporation. Nevertheless, he abandoned this life in 2013 and traveled to Syria to take up arms alongside IS, which, at that point, was rapidly expanding in the region.

Khalifa swore an oath of allegiance to the group’s now-deceased leader Abu Bakr al-Baghdadi, and, the following year, began work in the terror group’s media bureau. According to the Justice Department, Khalifa translated and narrated approximately 15 videos for the group, including two “exceedingly violent ISIS propaganda videos” featuring the execution of prisoners.

He is also accused of narrating several other propaganda videos, in which he allegedly encouraged would-be recruits unable to leave their home countries to carry out attacks in the West.

Immediately before his capture by SDF fighters in 2019, Khalifa allegedly took up arms beside his comrades, “throwing grenades against opposing combatants,” according to the Justice Department.

“As alleged, Mohammed Khalifa not only fought for ISIS on the battlefield in Syria, but he was also the voice behind the violence,” said Raj Parekh, Acting US Attorney for the Eastern District of Virginia. “Through his alleged leading role in translating, narrating, and advancing ISIS’s online propaganda, Khalifa promoted the terrorist group, furthered its worldwide recruitment efforts, and expanded the reach of videos that glorified the horrific murders and indiscriminate cruelty of ISIS.”

If found guilty, he faces a maximum sentence of life behind bars in a federal prison.

Khalifa is not the only English-speaking recruit who lent his voice to IS’ shockingly brutal videos. Many of the group’s most infamous execution videos were narrated by Mohammed Emwazi, a Kuwaiti-British militant best known as ‘Jihadi John’. Emwazi is believed to have been the masked figure responsible for a string of beheadings in 2014 and 2015, including the murders of American journalist James Foley and British aid worker Alan Henning. Emwazi was killed in a drone strike in late 2015, with IS confirming his death early the following year.