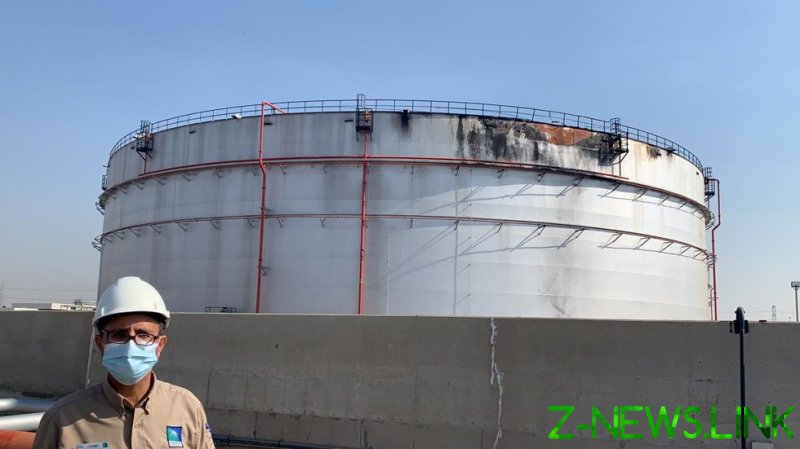 The official said that the strike occurred at a “critical facility” which distributes more than 120,000 barrels of petroleum products per day. The plant is one of three that supplies oil products to Jeddah, Mecca and the Al Baha region.

He said that a fire caused by the missile attack was put out in about 40 minutes and that there were no casualties resulting from the incident. However, one of the facilities’ 13 tanks is currently not in use.

The projectile hit the storage tank from above, resulting in “major damage” to its roof, with a hole around two square meters in size, the official said.

A Houthi military spokesman announced on Monday that rebel forces fired a missile that struck an Aramco facility in Jeddah. The company initially declined to comment on the claim. An official at Saudi Arabia’s Ministry of Energy acknowledged that a fire had broken out in a fuel tank at the distribution station and that the blaze had been extinguished without injuries. 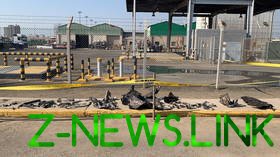 A general view shows the damage at a Saudi Aramco oil company distribution station that Yemeni Houthis say they attacked, in the city of Jeddah, Saudi Arabia, November 24, 2020. ©  REUTERS/Marwa Rashad

The Houthi spokesman, Yahya Sarea, warned companies operating in Saudi Arabia that the group’s “operations will continue.” He said that a Quds-2 type winged missile was used in the “very accurate” strike. The attack was carried out in retaliation to the Saudi-led military actions in Yemen, he added.

The strike was condemned by UK Foreign Secretary Dominic Raab, who said in a statement that the attack on “civilian infrastructure” contradicts the Houthis’ desire to end the years-long conflict.

A Riyadh-led coalition launched a military intervention in Yemen in March 2015, after the Houthis seized power. Civil war erupted in Yemen in late 2014, when the Iran-backed Houthi militia forced the government of President Abd-Rabbu Mansour Hadi out of the capital Sanaa. The Saudi-led coalition intervened to support the Hadi government. The Saudi bombing campaign and its naval blockade have dealt a dire blow to civilians, vastly complicating a deadly cholera outbreak and putting thousands of families on the brink of famine.

The Houthis have taken responsibility for several missile strikes against oil facilities in Saudi Arabia. United Nations Secretary-General Antonio Guterres has accused the Houthis of using missiles provided by Iran. Tehran has denied any involvement in the strikes.