Home / Video news / Saudi Arabia will spend $ 500 billion on the city of the future. Video

Saudi Arabia will spend $ 500 billion on the city of the future. Video 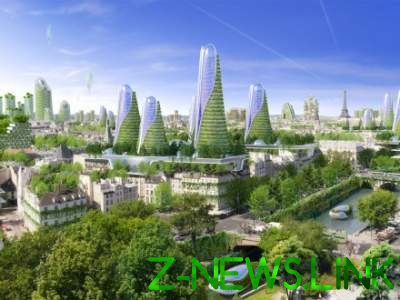 The project was named NEOM.

The crown Prince of Saudi Arabia Mohammed Ibn Salman al Saud announced plans to build a new innovation city on the red sea coast at a cost of 500 000 000 000 dollars.

The project is called NEOM, it will operate independently from the existing state structure.

Construction to invest the government of Saudi Arabia investment Fund of the Kingdom’s Public Investment Fund and local and international private investors.

See also:  The Americans figured out how to get rid of bad memories. Video

The ambitious plan involves cities, which will connect the shores of the red sea, will bring together future city with Egypt and the rest of Africa. Under construction the city allocated 25, 900 square km area, which extends to Jordan and Egypt.

It is reported that to manage the construction of the city will be the former head of Siemens and Alcoa Klaus Kleinfeld.

NEOM may be the world’s first independent special area.