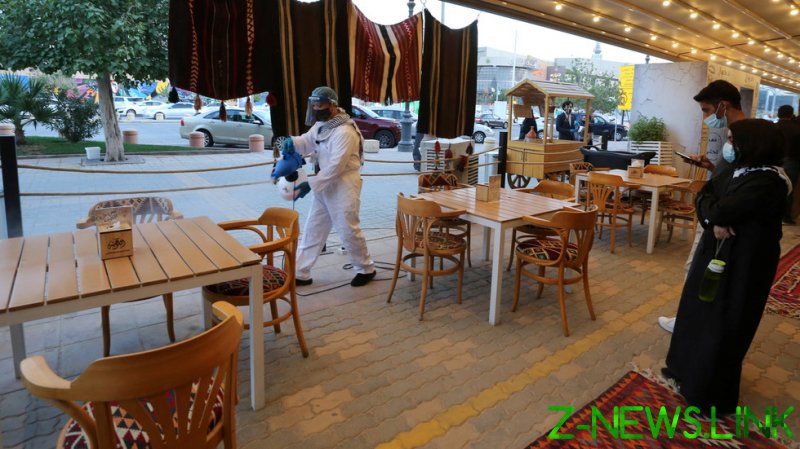 The decision on lifting the suspension will be implemented starting from March 7, an official source in the Interior Ministry said.

This means that cinemas, indoor entertainment centers, restaurants, shopping malls, and gyms will reopen in the country after remaining shut down for more than a month.

However, some curbs, including the limitation on gatherings of more than 20 people, will be kept in place. Parties, weddings, and corporate meetings at public venues will remain illegal until further notice, according to the source.

He also called upon entrepreneurs and the general public to remain committed to the rules aimed at slowing the spread of the virus, which has resulted in more than 379,000 people infected and over 6,500 dead in Saudi Arabia.

The Saudi authorities will increase inspections of businesses in the coming weeks to make sure that everyone abides by the regulations, the source said.

Riyadh introduced the restrictions on February 3 amid a spike in Covid-19 infections. A travel ban for Saudi citizens, which had been scheduled to expire on March 31, was extended to May 17.

Last month, the kingdom also barred arrivals from 20 countries, including the US, UK, UAE, Egypt, Lebanon, India, and Pakistan. Exceptions are made for diplomats, medical workers, and holders of Saudi passports who are returning home.