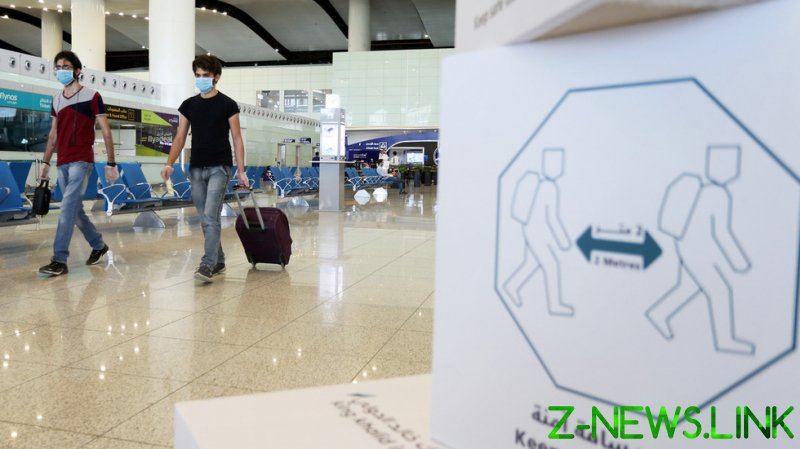 With a growing number of European countries locking out travel from the UK, Saudi Arabia has pulled all the stops in its effort to curb the spread of the new strain of the coronavirus, imposing a sweeping ban on all commercial travel, Saudi Press Agency reported on Sunday, citing an ”official source” with the country’s Interior Ministry.

The ban will see all international flights, save for “exceptional cases,” be suspended for a period of one week, that may be extended for yet another week. Land and sea ports will be closed for international arrivals as well.

The measures were taken in “precaution” and until the nature of the strain, which is said to be highly contagious, “becomes clear,” the agency reported.

A rapidly growing list of countries that have banned travel from the UK, citing concerns about the new virus, after British PM Boris Johnson announced strict Tier-4 lockdowns for parts of the country, including London, the Southeast and, Peterborough in the east of the UK.

France, Switzerland, Denmark, Sweden, Netherlands, Austria, Belgium, Germany, Ireland and Italy have already imposed restrictions on travel from the UK, while Turkey and Germany did not stop at that, extending the ban to South Africa, where the same strain of the virus is said to have caused a surge in coronavirus cases.

There is currently no evidence that the newfound strain is more lethal than any previous Covid-19 variants, but UK health officials have been sounding alarm bells over its rapid spread, saying the  situation is “out of control.”