Home / WORLD / ‘Satisfied few, frustrated many’: Rushed Covid-19 vaccine rollout backfired in some US states, according to new study

‘Satisfied few, frustrated many’: Rushed Covid-19 vaccine rollout backfired in some US states, according to new study 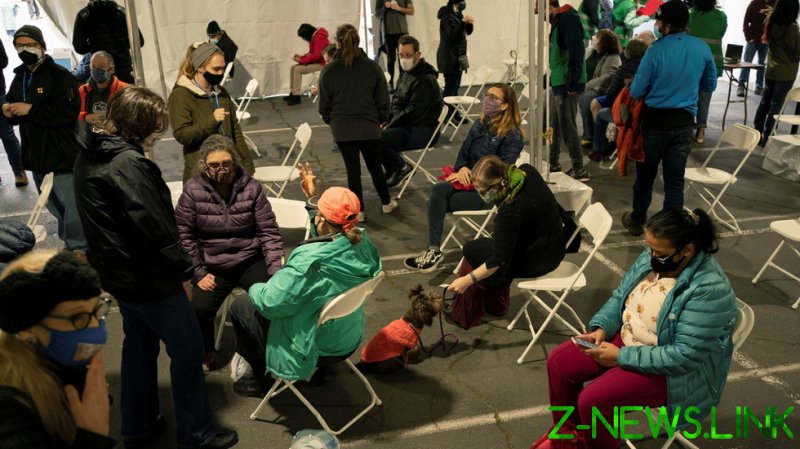 The drive to open up vaccination programs to larger swaths of the population appears to have caused a surge in demand beyond the capacity of the medical infrastructure in states like South Carolina and Florida, researchers found.

An erratic vaccine supply which oscillated between too many or too few vaccines, combined with vaccination websites and phone lines crashing hampered the overall effort to vaccinate the population, the analysis found.

“The infrastructure just wasn’t ready. It kind of backfired,” said Dr. Rebecca Wurtz, an infectious disease and health data specialist at the University of Minnesota’s School of Public Health.

“In the rush to satisfy everyone, governors satisfied few and frustrated many.”

Poor communication, vaccine hesitancy, conspiracy theories and logistical issues appear to have created the perfect storm in terms of backlog.

When vaccination programs began back in December, most states prioritized healthcare workers and the most vulnerable citizens, mostly nursing home residents, which kept medical infrastructure at or below capacity, allowing for highly efficient deployment of the Covid-19 jabs to segments of the population in fixed locations.

Both the outgoing Trump administration and the incoming Biden administration pushed governors to open up vaccinations to the elderly outside of nursing homes and, by the end of January 2021, states began vaccinating citizens aged 65 and up in far more dispersed locations.

Missouri opened eligibility to those 65 and older on January 18 and then expanded further; vaccination requirements surged from a manageable several hundred thousand, almost doubling, with the addition of a further 500,000 people, all before the initial groups had all received their vaccines.

“…[A] more methodical, measured, judicious, priority-based approach – despite people’s perception – actually can be as efficient, or more efficient, than opening things up and making it available to more people,” said Dr. Marcus Plescia, chief medical officer of the Association of State and Territorial Health Officials.

Seven of the bottom 10 states had above average sections of their populations eligible for shots while five of the top 10 states in terms of vaccine administration stuck to the original, more restrictive eligibility guidelines.