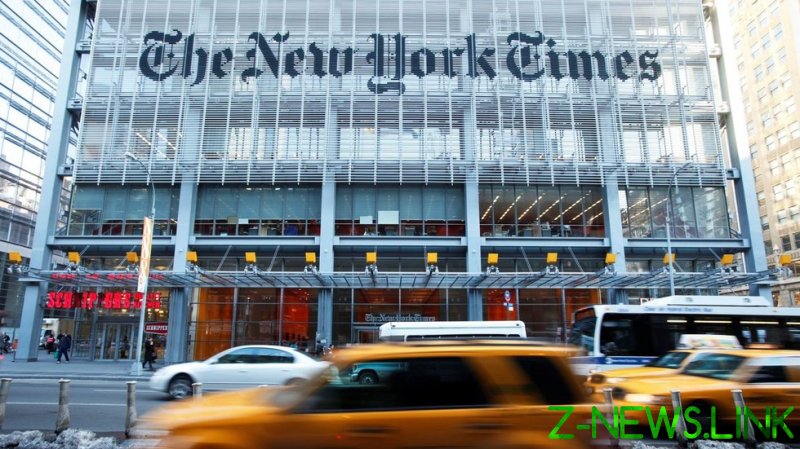 “Just yesterday, our counsel sent a letter to the New York Times demanding a retraction. We did this because their article was – and remains – defamatory,” Babylon Bee CEO Seth Dillon informed readers this week.

Headlined “For political cartoonists, the irony was that Facebook didn’t recognize irony”, the Times’ article originally listed Babylon Bee as a “far-right misinformation site” that sometimes trafficked in fake news disguised as satire to avoid censorship from Big Tech platforms such as Facebook and Twitter. After an update, it read, “The Babylon Bee, a right-leaning satirical site, has feuded with Facebook and the fact-checking site Snopes over whether the site published misinformation or satire.”

Dillon is still not satisfied with the article, arguing that if someone takes a “satirical story as truth,” then that is “an indictment of whoever’s being satirized; it’s not an indictment of satire.”

While the Bee can sometimes trick liberal users into believing its headlines are true, supporters have argued its satire is too obvious to need pointing out. Recent examples include ‘Gavin Newsom tries to woo Californians back by disguising state as Texas’ and ‘Study finds most Americans trust Dr. Pepper over Dr. Fauci.’

While the Times did update its story in light of the Babylon Bee’s complaints, the Bee remains unsatisfied.

“The update is every bit as damaging (and false) as the original,” Dillon said. He is particularly incensed about the claim that the Bee had feuded with fact-checking platform Snopes over whether or not it posted satire.

“Snopes retracted that insinuation with an editors’ note saying it was never their intent to call our motives into question. It’s therefore misleading and malicious to characterize that incident as a feud, as if Snopes ever openly stood by the claim that we are misinformation and not satire,” he added. “The New York Times is using misinformation to smear us as being a source of misinformation.”

The Times’ controversial coverage of the Bee is nothing new. A story published in October of last year asserted that the site “capitalizes on confusion” and has a “habit of skirting the line between misinformation and satire.”