Home / policy / Satanovsky said the criticism of Putin’s words about the Republic, gone with the “gifts from Russia”

Satanovsky said the criticism of Putin’s words about the Republic, gone with the “gifts from Russia”

Satanovsky said the criticism of Putin’s words about the Republic, gone with the “gifts from Russia” 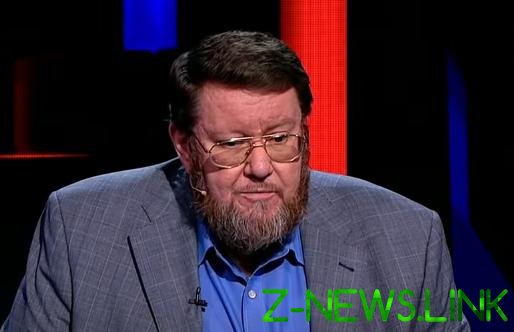 In his blog, political analyst Yevgeny Satanovsky wrote that the former Soviet republics nervously and hysterically took the words of Vladimir Putin that from the Union of the Republic came out with “gifts from Russia”.

According to the analyst, because the process of disintegration of Russia stopped under Putin, so the West began to do everything possible to “topple” Putin.

Vladimir Putin has been a competent statesman, with good instincts for trouble, which now tells him that everything in the world is changing for the worse rapidly.

Satanovsky notes that the amendments to the Constitution, which protect the territorial integrity of the Russian Federation, is unlikely to prevent any future “people’s choice” as a “gesture of goodwill” to give away our land, which has long been a lure for other countries.

The analyst reminds that all those who lived in the Soviet Union, not so long ago, were citizens of the same country that originated over the centuries, paid for it with a colossal effort, the fantastic feats and a lot of blood. To forget her, erasing the memory of what this country was—dream of the detractors.