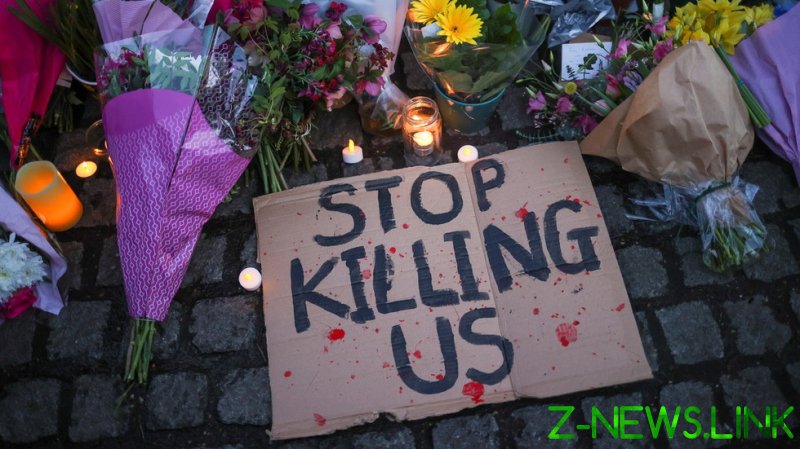 In an article recently published by The Independent, the initial first headline read, “I became the ‘face’ of the Sarah Everard vigil – and I’m demanding change”. The so-called “face” is Patsy Stevenson, the protestor claiming she fronted the vigil of a murdered woman, Sarah Everard.

Make no mistake, the only face we should be concerned about is Sarah’s; not a jumped-up feminist whose agenda is clearly to raise her profile and divert as much attention to her and this nefarious feminist cause of blaming all men for the actions of a minority.

After a Twitter backlash, the headline was revised to some soppy line about demanding change. Stevenson claims she didn’t choose the original headline. That could be true, but the phrase “since I became the ‘face’ of women rebelling against misogyny” is still in the text, as are many other indications as to who the article is really about.

Sarah’s name only appears twice throughout the piece, which, in deeply bitter irony, was enabled by Sarah’s murder. The capital I, meanwhile, is there in almost every sentence, exemplifying everything wrong about this troubled narrative.

Let’s not forget, Sarah was a young, talented, and professional woman who was abducted, murdered, and left in a builder’s bag in a Kent woodland. There are family, friends, colleagues, and people who care for Sarah in genuine grief. Yet, there are strangers jumping at the opportunity to make this total tragedy about themselves.

This speaks volumes about some of the women in attendance: a misandrist campaign to paint all men with the same brush as murderers. It’s distasteful and bitterly damaging.

When a Green Party peer proposed a 6pm curfew for all men, extreme feminists rejoiced across the internet. An online celebration for the punishment of men, when really the focus should be on one disturbed individual who decided to end Sarah’s life. He should be the one punished and facing the full brunt of the law.

This is a blatant distraction from the crime that has taken place and the personal anguish people around Sarah are facing.

“This is not what she would have wanted”. Words spoken by Helena Edwards about the vigil held for her friend, Sarah Everard. How many more times must they be repeated? It was a tragedy. A murder. A psychopath. Not a political movement.

“She was extremely unlucky – that is all there is to it”. Helena’s words encapsulate everything twisted about this campaign, from the disaster that ensued at the vigil: violent images of women being held down by police, to Twitter in flames as war is pledged against men. Enough.

Although I didn’t agree with the conduct of those attending Sarah’s vigil, the police violence was egregious. The scenes of women collapsing to the floor with several police officers on top of them was a sickening irony, especially at a vigil being held for a woman who was at the mercy of another police officer.

It’s worrying when peaceful protests can’t take place in a democracy. Despite the pandemic regulations, police needed to step back, and I don’t disagree with calls for Commissioner Cressida Dick to resign after witnessing everything unfold. It was horrendous, in every way imaginable.

Once again, the headlines, discussions, and stories are about the violence and not Sarah – and that is why I despise the actions on both sides.

Where were the police at the peaceful Black Lives Matter protests last year? The likes of John Boyega and other keynote speakers addressed hundreds of people gathered in the middle of a pandemic. Not an officer in sight. Definitely not seen dismantling the crowds with the same ferocity we saw at the vigil.

Even when Kate Middleton paid her respects, someone who knows how it feels to be hounded in public by strangers without protection was also castigated and accused of ‘seeking publicity’. By whom? Other women, of course.

How toxic can this whole thing become? Some women blaming all men, curfews, royal feuds, police brutality, and all the while you have family and friends who have lost someone so close – and are forced to watch as their grief becomes the background narrative, the vehicle for someone else’s activism.

It’s too late now, but it was both men and women who tried their best to find Sarah when she was just missing. No conflict or gender battle, just Londoners and people across the country coming together to help find this woman who needed our help.

Let’s not aimlessly point the finger; let’s respect the loss that’s occurred; stop politicising Sarah’s tragedy; and turning the likes of Patsy Stevenson into a martyr when family and friends haven’t asked for it, and know Sarah wouldn’t have wanted it either. Mourn Sarah’s death. But, we must do this united, not against each other.