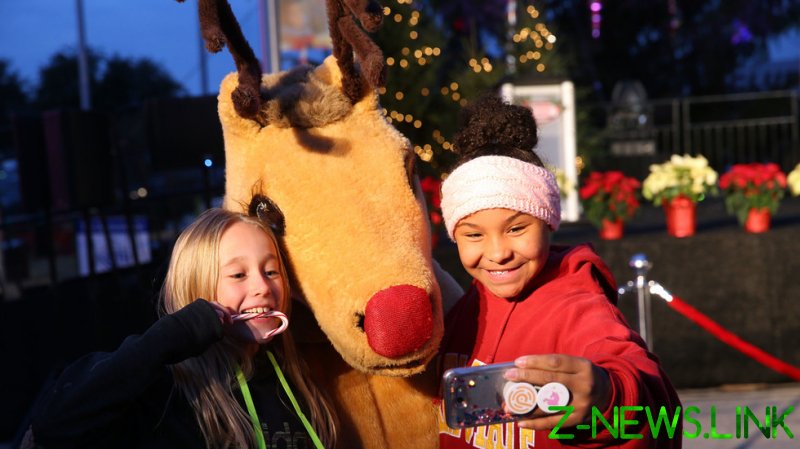 “Both male & female Reindeer grow antlers. But all male Reindeer lose their antlers in the late fall, well before Christmas,” the scientist wrote, concluding: “So Santa’s reindeer, which all sport antlers, are therefore all female, which means Rudolf has been misgendered.”

“Neil doesn’t know Rudolph’s history. He first appeared in 1939 and he had no antlers,”read one of many replies that took issue with the tweet.

Others consulted original texts, noting that in ‘Rudolph the Red Nose Reindeer,’ published in 1949, the magical flying mammal had “only tiny stubs” for antlers.

“He most likely dropped them late fall and they grew back early due to genetic mutations,” one Santa scholar noted.

There was also considerable confusion as to why Tyson was not focusing his analysis on less-believable aspects of Rudolph.

Although many appeared to assume that the astrophysicist was being pedantic for the fun of it, his trolling was characterized by some as undermining the holiday spirit.

The tweet also earned Tyson a nomination for one of the worst takes of 2020, as part of the annual ‘List’ compiled by commenter Siraj Hashmi.

Tyson isn’t alone in being accused of disrespecting Santa folklore. British Labour MP Luke Pollard was roasted by his constituents for writing a letter addressed to children claiming that Father Christmas had been vaccinated against Covid-19, allowing him to safely deliver presents this year.