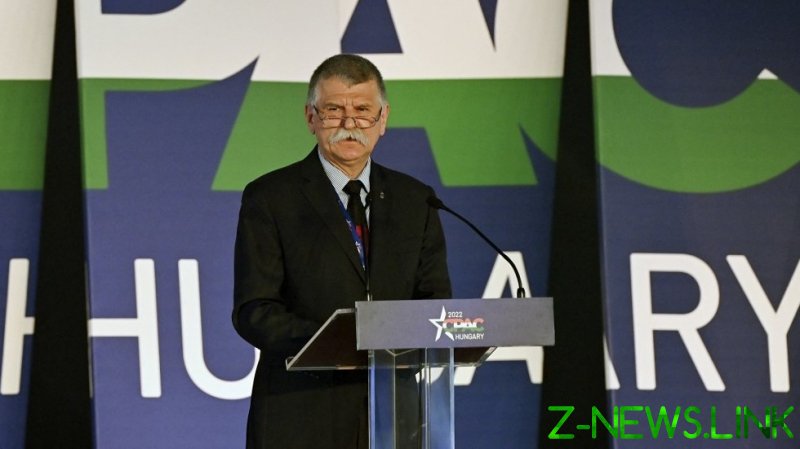 Hungarian National Assembly Speaker Laszlo Kover has condemned the EU’s economic sanctions on Russia as “wrong to the core,” predicting economic devastation as a result. Kover, a long-time critic of the bloc, added that Hungary’s success depends on cooperation with both East and West.

Speaking in the Hungarian town of Bugac on Saturday, Kover used a Hungarian proverb to describe the EU’s decision to impose massive economic sanctions on Russia while still relying on its energy exports.

“Brussels politicians swung their legs without a horse under them,” he told attendees of the Kurultaj festival, an annual event celebrating Eurasian and Turkic steppe-nomadic horse culture. Kover added that the sanctions – imposed in seven successive rounds since Russia launched its military operation in Ukraine in February – are “wrong to the core,” and will result in economic ruin for Europe. 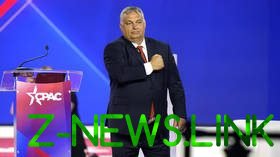 Kover is a member of Hungarian Prime Minister Viktor Orban’s Fidesz party, and Orban himself has expressed a similar view on Brussels’ sanctions policy. In a speech last month, Orban bluntly assessed that “the sanctions are not destabilizing Moscow” as intended. Instead, he remarked, “Europe is in trouble.”

The EU, which depends on Russia for around 40% of its gas and a third of its oil, is facing soaring energy costs and record inflation, having imposed a partial ban on Russian oil and announced a phased reduction of Russian gas imports. With multiple EU states imposing power rationing and the situation expected to worsen as winter sets in, Hungary has managed to carve out an exemption from the oil embargo, and has been in talks with Moscow to increase its gas purchases from Russia.

This stance has made Hungary an outlier in the EU, as has Orban’s insistence that NATO’s policy of arming Ukraine against Russia is a lost cause. The Hungarian premier responded to critics earlier this month by stating that “Brussels is not our boss,” and that the “independent, sovereign Hungarian nation” would work to “prevent” EU policies that aren’t in its national interest.

As an EU member, Hungary is nevertheless party to most of Brussels’ sanctions on Russia. Likewise as a NATO country, Hungary would be bound to side with the US-led alliance if it became involved in open war with Russia.

In his speech on Saturday, Kover described Hungary’s history and geography as making the country a “bridge” between East and West. “When the East and the West confronted each other, it only brought decline,” he said. “But if they cooperated, it brought Hungary a chance to rise.”