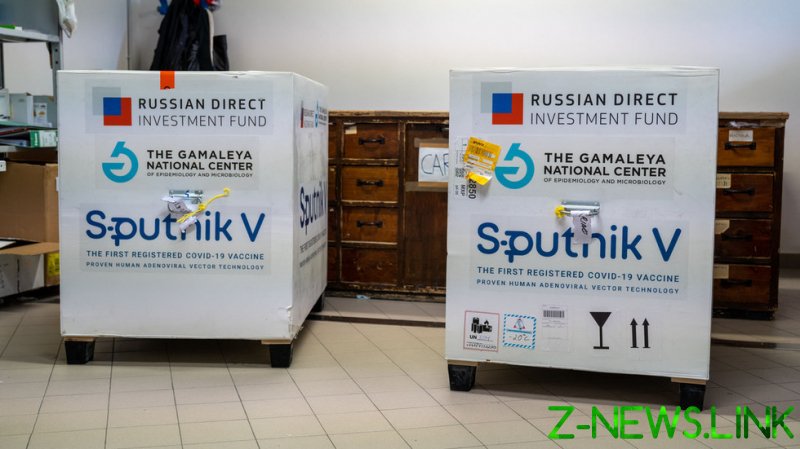 With the rollout of the EU Digital Vaccination Passport issued by the Italian authorities, the tiny nation of nearly 34,000, landlocked in the north of Italy, is now left in isolation. More than 90% of its citizens have received the Russian-made Sputnik V shots, which are still pending approval by the European Medicines Agency (EMA).

“Our green pass is recognized by the EU, but only for people from San Marino vaccinated by Pfizer. So the people – and it’s 94% of our population that did the Sputnik V vaccine – have problems moving into Italy, for the services of Italy, bars or restaurants or cinemas and other closed spaces,” San Marino’s Health Minister Roberto Ciavatta told RT.

Ciavatta said the country is actively working with the Italian authorities to resolve the issue, expressing hopes the nationwide confinement will end soon.

The bloc, which has now effectively left the Sammarinese confined to the country’s borders, ultimately created such a situation itself with a sloppy start and delays with its EU-wide vaccination campaign, he said.

“We started our vaccination campaign only in March, about two months later than all other European countries. This is because we had an agreement with Italy and the EU about the delivery of the EMA vaccines – Pfizer and AstraZeneca,” Ciavatta said, adding that by the end of February there were still “zero doses of vaccines” in the country at a time when the pandemic was taking its toll, forcing them to look elsewhere.

Sputnik V has fared extremely well against the coronavirus in the country, Ciavatta said, noting that the number of Covid-19 cases and hospitalizations began to fall rapidly with the onset of the vaccination program, particularly after citizens began receiving their second dose.

The Russian-made jab has shown high efficacy, the minister said, with its effectiveness proved both by research published in scientific journals and by its actual use in the country.

“The efficacy of this vaccine is very good, I think it’s among the highest of the vaccines that we have around the world,” Ciavatta stressed.

The minister did not give any estimates when the EMA would finally grant the EU’s approval for Sputnik, blaming the delays on certain persistent “political issues.”