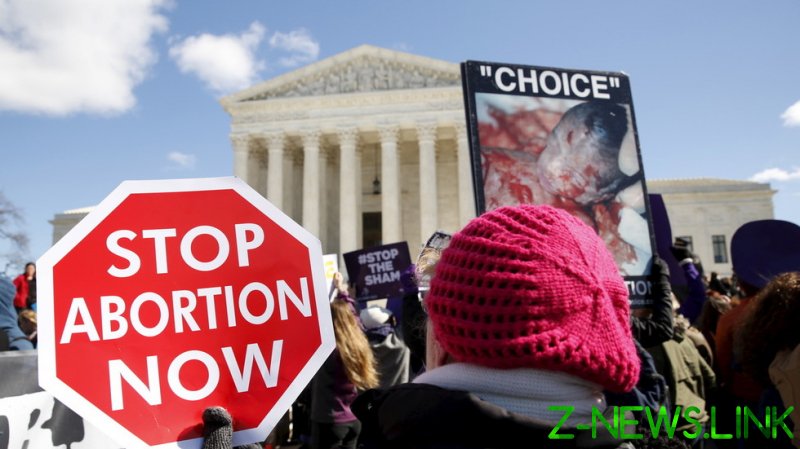 “As a faith leader in the Catholic community, I find it especially disturbing that so many of the politicians on the wrong side of the preeminent human rights issue of our time are self-professed Catholics,” Archbishop Salvatore Cordileone wrote in a Washington Post op-ed published on Sunday. He added that “everyone who advocates for abortion, in public or private life, who funds it or who presents it as a legitimate choice participates in a great moral evil.”

The Texas law, which went into effect last week, bans most abortions from being done more than six weeks after conception. It also enables private citizens to sue those who facilitate violations of the new restrictions. Biden on Thursday blasted the US Supreme Court for rejecting an appeal to block the legislation, calling it “an unprecedented assault on a woman’s constitutional rights.”

Pelosi, whose congressional district includes San Francisco, called the ruling a “cowardly, dark-of-night decision to uphold a flagrantly unconstitutional assault on women’s rights and health.” She and other House Democrats aim to pass an abortion-rights bill in response, while Biden called for a “whole-of-government effort” to overcome the Texas law.

“Prominent politicians lost no time in reacting hyperbolically to the Supreme Court’s decision refusing to enjoin Texas’s new law banning abortions after the detection of a fetal heartbeat,” Cordileone said. He added that “you cannot be a good Catholic and support expanding a government-approved right to kill innocent human beings.”

Cordileone noted that Catholic bishops caused “uproar” in June, when they questioned whether Biden and other politicians who support abortion should be allowed to receive Holy Communion. The archbishop said church leaders were accused of inappropriately injecting religion in politics, but bishops have a duty to respond when prominent laymen “openly oppose church teachings.”

He gave the example of New Orleans Archbishop Joseph Rummel as a church leader who didn’t “stay in his lane.” In the 1940s-1960s, the late Rummel integrated the local Notre Dame Seminary and ordered desegregation of Catholic churches and schools. He shut down a congregation that refused to accept a black priest. Rummel’s actions infuriated many white Catholics and led to protests and boycotts. Undaunted, he excommunicated some desegregation opponents.

“Was that weaponizing the Eucharist?” Cordileone asked. “No. Rummel recognized that prominent, high-profile public advocacy for racism was scandalous. It violated core Catholic teachings and basic principles of justice, and also led others to sin.”

Just as Rummel called racial segregation a “denial of the unity and solidarity of the human race,” Cordileone said abortion is the most egregious such affront in present day.

Abortion is “the most pressing human rights challenge of our time,” the archbishop said, adding, “If anything, Catholic political leaders’ response to the situation in Texas highlights the need for us to say it all the louder.”