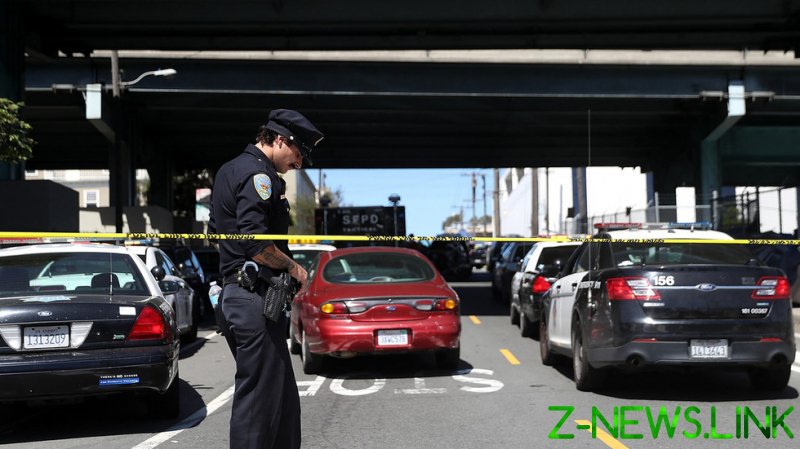 San Francisco will launch the ‘Dream Keeper Fellowship’ as a pilot program in October, the San Francisco Examiner reported on Tuesday. Behind the whimsical name, the idea is simple: people “who authorities believe are most at risk of shooting someone” will be offered $300 per month to meet with “life coaches” instead, and to talk other “high risk” individuals out of committing gun crimes.

This monthly stipend increases to $500 as these individuals complete tasks, like meeting with mentors and applying for jobs.

As of July, shootings in San Francisco have doubled since last year, gun homicides are up by a third, and the number of non-fatal shooting victims has risen by more than 100%, according to the Examiner’s figures.

Mayor London Breed responded to this surge in violence not by hiring more police officers or authorizing a crackdown by law enforcement, but by promising to defund the police budget by $120 million, and reroute the money to welfare, black businesses, and other social-justice focused programs, all under the umbrella of the ‘Dream Keeper Initiative.’

While the budget cuts fell by the wayside in favor of a reshuffling of city finances, the soon-to-be launched program is a product of that same desire to tackle crime from a more woke angle. Police believe that conflict between just 12 black and Latino gangs is responsible for most of San Francisco’s homicides. As such, the new program will target the most dangerous of these gang members.

“We are going to invest resources in this 25-year-old who has eight previous arrests, who is on parole, who is a proud member of a neighborhood clique and who is not even seeking services,” David Muhammad of the National Institute for Criminal Justice Reform told the Examiner. “It’s just not a popular decision to make and may not be politically palatable, but that’s what you have to do in order to reduce gun violence.”

Commenters online ridiculed the program, equating it to bribing criminals not to commit crimes. “Violent criminals need jail,” David Freddoso wrote in the Washington Examiner on Tuesday. “They do not need cash. People who shoot other people need to be walled off in prisons and kept away from the rest of us.”

Similar initiatives, touted as successes by San Francisco officials, have yielded mixed results. One program, in Richmond, California, resulted in fewer firearm deaths, but more non-firearm deaths took place instead. Another program, in Stockton, California, boasted that 71% of participants finished the course with “no new gun arrests.” However, nearly a third were arrested during the course and the city saw a 60% rise in homicides, nearly double the national average increase.

Despite the criticism, the program has its true believers. “The notion of paying criminals not to shoot might be a sexy headline but it’s an extraordinarily inaccurate description of the intervention,” Muhammad told ABC7. He stressed that participants will be given their cash payments on pre-loaded cards and won’t be able to spend them on illicit goods, and will be required to actively engage with social services, rather than simply refraining from murdering people.