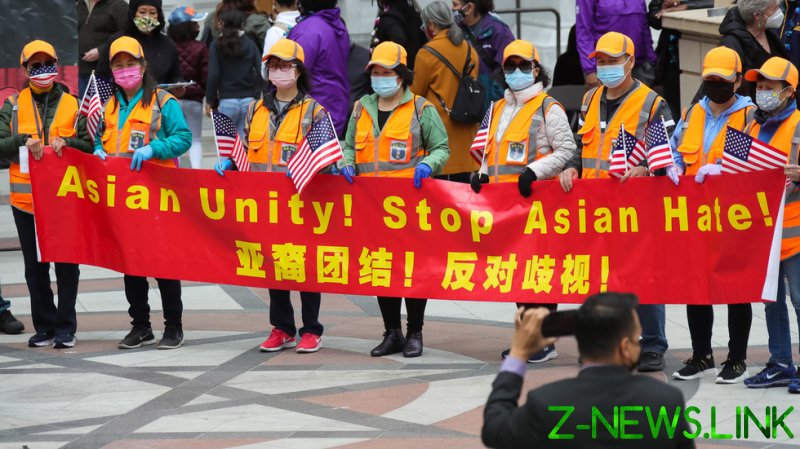 Daniel Cauich, 35, was arrested on Wednesday morning, less than two hours after he allegedly stabbed an elderly Asian woman in the city’s Tenderloin neighborhood, according to police. The woman, identified as Anh Taylor, was taken to a nearby hospital for treatment of multiple stab wounds.

Cauich had reportedly been granted an early release from jail on a burglary conviction in April, then was arrested for burglary again on May 18. He was released again on June 7, rather than being held in jail while awaiting trial.

His rap sheet included several other burglary arrests as well as a bust for homicide. Cauich and his brother were arrested in connection with the fatal stabbing of a 55-year-old man in 2016, but that case was dismissed for lack of sufficient evidence in 2019.

San Francisco is among the hot spots for surging anti-Asian hate crimes in recent months. Police have claimed the city has become increasingly lawless under District Attorney Chesa Boudin, who was elected the city’s top prosecutor in 2019 with financial backing from an associate of billionaire George Soros.

Like other DAs backed by Soros and his allies, Boudin has spoken out against mass incarceration and racial disparities in criminal justice. He accelerated his plan for “rapid decarceration” during the Covid-19 pandemic, announcing the plan to reduce the city’s jail population to around 600 from 1,100.

Mayor London Breed said the stabbing of Taylor could have been avoided if San Francisco’s criminal justice system would hold criminals accountable after police arrest them.

“It’s up to the district attorney to prosecute, it’s up to the courts to also hold people accountable,” Breed told a reporter for local ABC affiliate KGO-TV. “Something is missing here, and a ball is getting dropped.”

The San Francisco Police Officers Association pointed the finger at Boudin, saying Cauich was arrested five times last year and was wearing an ankle monitor when he stabbed Taylor. “What do you have to do to actually go to jail in San Francisco?” the association asked. “Really.”

Boudin, in turn, accused the police group of exploiting a tragedy for political gain and spreading “misinformation.” After filing new felony charges against Cauich last month, the DA’s office filed a motion to keep him in jail while awaiting trial. A judge in the case denied the motion and released Cauich with an ankle monitor, Boudin said.