Home / Movie / Samurai showdown – clip from “blade of the Immortal”

Samurai showdown – clip from “blade of the Immortal”

A couple of days ago, we evaluated the new English language poster of the “Blade of the Immortal”, a 100 th film by famous Japanese Director Takashi Miike. The story he is worthy of the title “samurai soap Opera”:

Samurai Manji accidentally killed her husband’s sister, then she slightly moved mind. More girls did not, so big brother lives only to protect her. Once the villains killed his sister and maimed Manzi who wants only one thing — death, but there is suddenly a strange old woman. She infects the samurai blood worms — mysterious parasites that make its host immortal, tightening the wound, restoring the severed limb. 80 years later, the same lady sends the samurai girl that wants to avenge the death of his father. A girl like two drops of water similar to the deceased sister Mandi.

See also:  A resident of Japan stabbed with a samurai knife

However, the spectacle is expected to be pretty exciting. The proof of this is a video excerpt from the film in which the main character, being seriously wounded, one is dealing with a right bunch of opponents. In the total score on the last frame were about a hundred. And, judging by the video title, only the first battle! What will happen next? American audiences will know the answer to this question on 3 November 2017.

See also:  Rutger Hauer: this is not the "blade Runner" 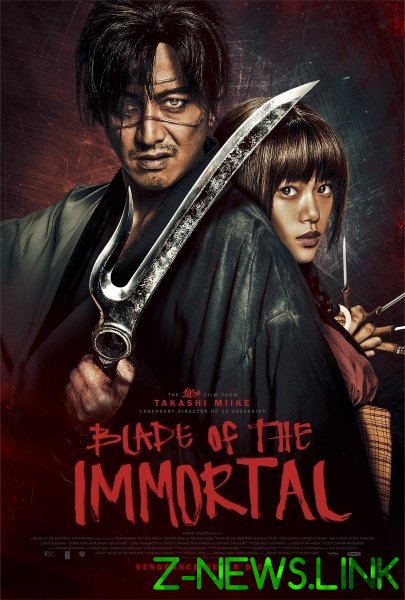