In August we looked at a jaunty trailer 100-th film remarkably prolific Japanese Takashi Miike. “Blade of the Immortal” based on the manga Hiroaki Samura and promises to be spectacular and very bloody. Synopsis of the picture reads:

Samurai Manji accidentally killed her husband’s sister, then she slightly moved mind. More girls did not, so big brother lives only to protect her. Once the villains killed his sister and maimed Manzi who wants only one thing — death, but there is suddenly a strange old woman. She infects the samurai blood worms — mysterious parasites that make its host immortal, tightening the wound, restoring the severed limb. 80 years later, the same lady sends the samurai girl that wants to avenge the death of his father. A girl like two drops of water similar to the deceased sister Mandi.

See also:  The Director of "Universal soldier" will film a remake of the Swedish Thriller

Today we welcome a fresh English poster. To the States the film will arrive November 3, 2017, the homeland he left in April, and whether he will visit along the way, our cinema is still unknown. 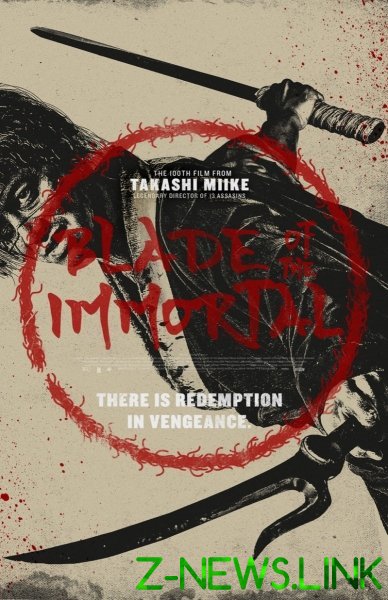