Samsung will release a smartphone with flexible screen

The developers decided to name the new Winner.

Samsung Corporation in the first half of 2019 will release a smartphone with a bendable screen that will be folded like a book. About this newspaper the Wall Street Journal said people familiar with the matter.

The novelty will be a 7-inch display that can be folded in half to wallet size and high-capacity battery to power two screens. Folded in the “front” side will be the active small display on the rear panel to accommodate the camera. According to rumors, the development of gadget began in 2011, it was planned to release in late 2016, but the output of the phone was repeatedly postponed.

The developers decided to name the new Winner (“Winner”), presumably it will arrive on the shelves at a price of $ 1,500. The high price will allow the gadget to become a niche product, particularly for gamers. If marketers consider the successful start of sales in the second half of 2019 Samsung will release a mass party.

Previously portal Gizmochina citing a Chinese source wrote that Samsung will introduce flexible smartphone at CES, which will be held 8-11 January 2019. 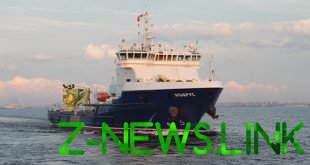