Samsung will launch its own gaming service PlayGalaxy Link 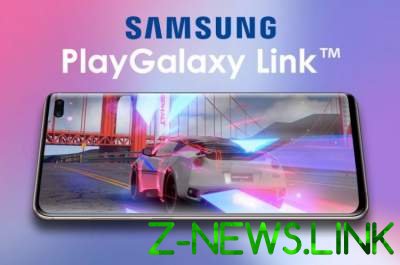 The possibility of organizing games of Samsung stems from a new patent.

Network sources report that Samsung intends to organize another exclusive service for owners of devices Galaxy family. Earlier, the South Korean giant has already launched apps and services that are exclusively available to owners of Galaxy devices. Apparently, now Samsung is planning to develop the mobile games.

The possibility of organizing games of Samsung stems from a new patent, a request for registration of which the company filed in the patent and trademark office (USPTO). From the description of the patent it becomes clear that it referred to the service PlayGalaxy Link includes downloadable software, tools, gaming tournaments, and service to the game in augmented and virtual reality online. Probably talking about full-fledged gaming system for mobile devices, the use of which the owners of Galaxy devices.

Earlier, Samsung signed a partnership agreement with Rovio, which is the parent company for a start-up Hatch, which the developers created the game mobile platform. The first result of the partnership activities was the provision of a three-month subscription to Premium Hatch buyers Samsung Galaxy S10 5G in South Korea.

Despite the fact that the patent does not disclose all of the intentions of Samsung, we can assume that the service PlayGalaxy Link will become a kind of analogue of the Apple Arcade. It is not excluded that soon the South Korean giant officially release new services and reveal related details.