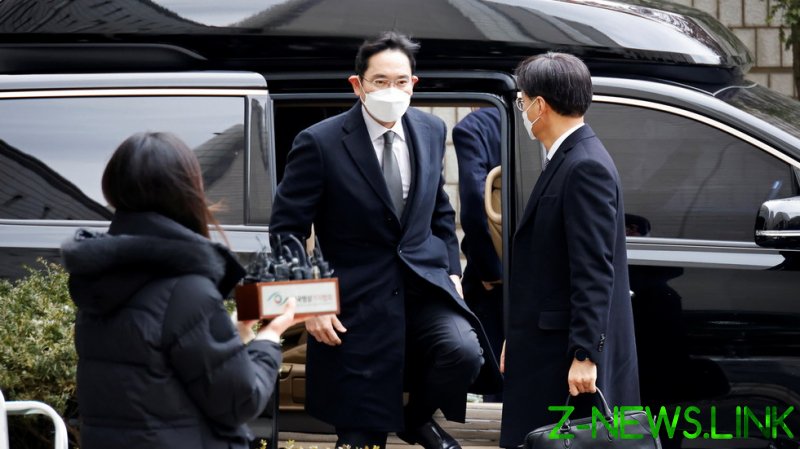 The verdict was announced by the Seoul High Court on Monday, after the corruption case against Lee was sent by the country’s Supreme Court for re-trial.

The Samsung boss was found guilty of concealment of criminal proceeds, bribery, and embezzlement worth around $7.8 million, and was given a 30-month jail term. The bribery scheme involved an associate of former president Park Geun-hye, who is currently serving a 20-year jail term. Her sentence was upheld by South Korea’s top court last week.

Lee’s new sentence is twice as light as he received in 2017, when he was jailed for five years over the same case. The businessman spent a year behind bars back then, before the sentence was reduced and suspended on appeal. That year is expected to count towards the new sentence, leaving only 18 months to be served.

However, the sentence comes at an unfortunate time for Lee, as he will now be unable to oversee the inheritance process from his father, late Samsung Group chairman Lee Kun-hee, who died in October. The verdict has already tanked market shares of Samsung Electronics, which fell some four percent after the ruling was announced. The company’s affiliates, including Samsung Life Insurance and Samsung C&T also had their market value badly dented.

The Samsung chief is expected to serve time in the same jail in which he was held before – Seoul Detention Centre, located on the outskirts of the country’s capital. Due to the ongoing coronavirus pandemic, Lee is set to be tested for the virus and to spend three weeks in solitary confinement until the testing process is completed.