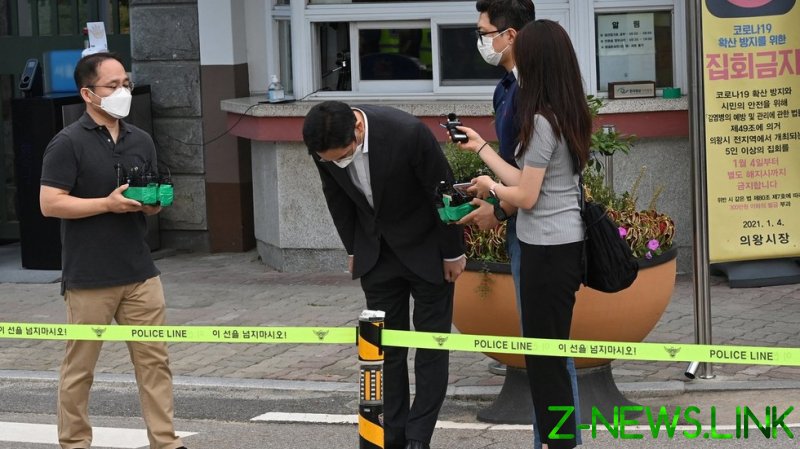 Lee was one of 810 inmates granted parole by South Korea’s Ministry of Justice to mark National Liberation Day, which is celebrated on August 15. As he emerged from the Seoul Detention Center on Friday morning, Lee apologized for his previous conduct, saying that he was sorry for “causing people great concern.”

The de-facto Samsung boss had been steering the conglomerate from behind bars for the past seven months after he was handed a two-and-a-half-year sentence during a retrial in January. Lee was sentenced to five years in prison in 2017, but spent a year of that term behind bars before it was suspended.

The Justice Ministry cited the effects of the Covid-19 pandemic on the economy, popular support for his early release, and Lee’s behavior, in explaining the decision.

Lee took over the reins of Samsung from his father, Lee Kun-hee, who died last October. While it is expected that Lee will assume control of the company, it’s not clear when that will happen. Due to the nature of his crime, Lee cannot officially exercise his duties for five years unless granted explicit approval by the ministry.

Lee was found guilty of a litany of charges stemming from a major corruption scandal that rocked the country in 2016, leading to the impeachment and eventual imprisonment of former South Korean President Park Geun-hye, who is currently serving a much hasher 20-year sentence. Lee was accused of giving out 8.6 billion won ($7.51 million) in bribes to the then-president via her assistant to enlist her support for a merger between two Samsung affiliates in 2015.

Despite his early release, the controversial 2015 merger between Samsung C&T Corp. and Cheil Industries continues to haunt Lee, who is facing charges for manipulating stock prices and auditing violations related to the affair. On Thursday, a day before his release, he attended a hearing in the case. Lee’s lawyers, however, insist that the fraud allegations do not have merit.

Separately, the Samsung boss is set to stand trial for the illegal use of propofol, a powerful anesthetic agent. The drug gained notoriety during the 2011 trial of Michael Jackson’s physician, Dr. Conrad Murray, who was sentenced to four years in prison for using the substance as a sleep aid and administering it to Jackson before his death. Lee was accused of taking illegal propofol injections at a plastic surgery clinic between 2017 and 2018. His lawyers argue that Lee was using the anesthetic for medical purposes.