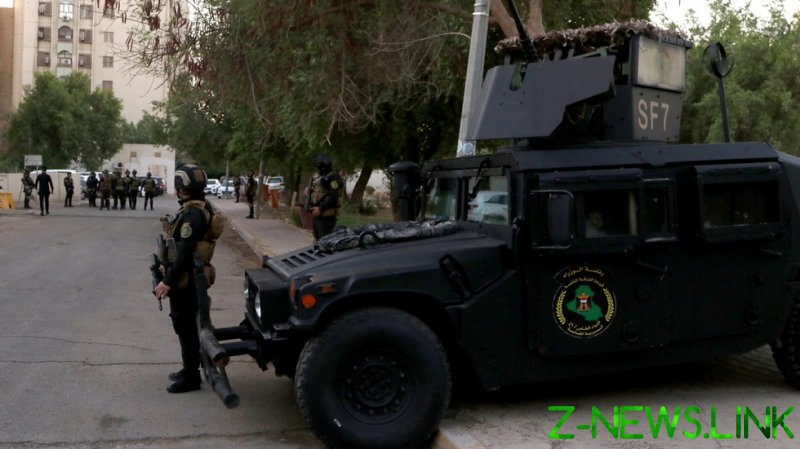 In a tweet on Monday, Iraqi Prime Minister Mustafa Al-Kadhimi said that Iraqi intelligence forces had carried out an operation and successfully detained a high-ranking IS member known as Sami Jasim. His full name is understood to be Sami Jasim Muhammad al-Jaburi.

Jasim was in charge of IS finance and was the deputy of Abu Bakr Al-Baghdadi, the group’s slain leader who was killed by US special forces in northwestern Syria in 2019.

“While our ISF [Iraqi security forces] heroes focused on securing the elections, their INIS [Iraqi national intelligence services] colleagues were conducting a complex external operation to capture Sami Jasim, who was in charge of Daesh finance, and a deputy of Abu Bakr Al-Baghdadi,” Al-Kadhimi wrote on Twitter. “Long live Iraq, and our brave heroes.”

The US Department of the Treasury designated Jasim as a Specially Designated Global Terrorist in September 2015 and noted him as being an important figure involved in managing the group’s finances.

According to Washington, he was instrumental in running the caliphate’s oil and gas, antiquities and mineral resources operations when they obtained territory in Syria and Iraq. Jasim attempted to use oil as a new funding stream for the group.

Al-Kadhimi’s announcement came just hours after polls closed on Iraq’s fifth election since the US and its allies overthrew Saddam Hussein 18 years ago. It is understood that there has been a record-low turnout amid widespread discontent about the state of Iraqi politics.