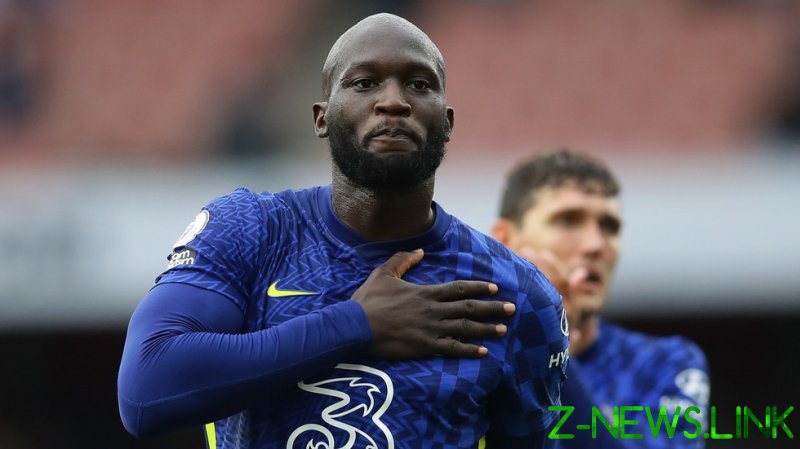 It may have taken a while but a decade after he first joined the club, Belgian star Lukaku finally has his first goal for Chelsea. Of course, much (or most) of those intervening years were spent with the likes of West Brom, Everton, Manchester United and Inter Milan but just moments into his first appearance for Thomas Tuchel’s European champions, it looked as though he had never left.

If previous iterations of the powerful Lukaku minimized his talents into just that of an aggressive, brutish center forward who relies more on brawn than brain, well, think again.

Lukaku 2.0, as Sky Sports’ Gary Neville fawned, has returned to England as a ‘complete’ striker, capable of bullying and harassing opponents but also a more intelligent playmaker, aware of when to fill gaps or when to draw defenders away to allow space for his new teammates – and both of these abilities were evident in Chelsea’s goals at the Emirates.

The first, which came just a quarter of an hour into his (second) debut, saw Lukaku’s gut-bursting run into the box rewarded with a tap-in from a Reece James cross, with more than one Arsenal defender left prone on the turf and trailing in the Belgian’s wake.

The second goal followed 20 minutes later, and again Lukaku was involved. By now he had been rightfully signposted as Chelsea’s danger man so when he moved to receive a wide ball from Marcos Alonso outside of the penalty box, Lukaku instead fooled the Arsenal backline and let the ball bypass him towards Mason Mount, who subsequently fed Reece James to power the ball in the side netting from inside the area.

Lukaku could have had another in the second half but Arsenal goalkeeper showed impressive reactions to turn his point-blank header onto the crossbar when it looked as if the floodgates may open.

The score, however, stayed as it was at half-time but Lukaku’s impact on the game was hailed by many online – perhaps most notably Didier Drogba.

The Ivorian icon, who is considered to be among Chelsea’s finest ever strikers, was idolized by a young Lukaku growing up in Belgium – with the then-teenage Lukaku saying that modelled his game on Drogba’s when he first moved to Stamford Bridge as an 18-year-old.

Drogba is known for having terrorized an Arsenal defence or two in his time at Chelsea, and took to Twitter to hail the impact of the player who some people might consider his protege.

Lukaku seemed to agree in his own post-match comments when summed up his Man of the Match performance.

“Dominant, I would say. I try to improve every time, I have a long way to go but today was good to win. We have to win and keep going, the Premier League is a very competitive league,” he said.

“I try, I try. At the end of the day, you want work hard for the team, score and create chances. I have worked on that and this team is very talented. They are the European champions and they want to keep building and I want to keep winning. We have to keep fighting and keep delivering performances like this.

“If you want to watch the PERFECT performance then look no further than that Lukaku today, hold up play was an absolute joke and I have no doubts he will score tons of goals, the fans love him, Antonio Conte has turned him into a complete striker,” one fan wrote on social media.

“Lukaku is literally unplayable,” noted another.

“Just think of it like this. Lukaku has been at Chelsea for only a week and has had barely any time to adjust to new teammates, new system, new manager etc. Despite all that, he put in a top class performance, getting himself a goal and a MOTM award,” said a third.

The vanquishing of London rivals Arsenal makes it two wins from two for Thomas Tuchel’s men on the young season. Next up? An away trip to Anfield next Saturday afternoon which now presents the mouthwatering proposition of Romelu Lukaku vs. Virgil van Dijk in a clash of two teams with early Premier League title aspirations.