Salman Putin: “I will punish” 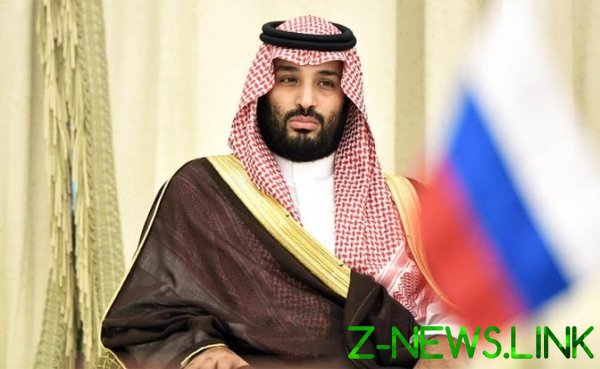 On Thursday, opening a government meeting, Prime Minister Vladimir Mishustin said: world oil prices collapsed is not the fault of Russia. The drop in the markets occurred as a result of OPEC’s decision not to renew the agreement and the announcement of Saudi Arabia about the “unprecedented decline” in prices for its oil and increase production to record levels, said the head of the Russian government. To hear other words that would be weird.

What they say about the Arabs?

The Arab world blames only Russia in the collapse in oil prices. As writes the popular Muslim magazine Al Bayan, based in Dubai, “Moscow suggested during the meeting to maintain current levels of production, but Saudi Arabia found it the solution is insufficient to restore the balance, find themselves under the influence of the epidemic of the coronavirus Covid-19”.

“The cause of the rupture of the oil Alliance became the position of Russia does not agree on a new reduction. At the end of February, Russia insisted not to hold an extraordinary meeting of OPEC+, and the entire week preceding the meeting on 5-6 March, energy Minister Alexander Novak said that he believes the new cut unjustified, and ended up in this position, consistent to the end. Russia considered it is only possible to extend the current deal, but the other OPEC members+ have not agreed to a half-hearted decision,” he said, leaving the meeting, Iranian oil Minister Bijan Zanganeh.

The newspaper Saudi Gazette notes that the Alliance of OPEC insisted on the reduction of global production by 1.5 million barrels per day, but Russia refused, which led a price war in the oil market.

With such a position acts as a knows all about Arab world edition of Al Jazeera: “the price of oil has fallen by almost half since the beginning of the year because of fears that OPEC will flood the market after Moscow last week rejected the appeal of the bloc to deep production cuts, despite what OPEC+ supported prices since the collapse of the oil market in 2016”.

Al Jazeera in this respect, recalls that the Saudi Arabia-established the international status of the oil controller, in many respects akin to the role of the Central Bank of the United States financial markets. The Kingdom, moreover, has huge reserves of oil, but has enormous power that can be switched on or stopped at any time. All this helps the CSA to efficiently cope with the shortage or surplus of supply.

In other words, Moscow, signing up in 2016 under the agreement OPEC+, voluntarily accepted the domination of Riyadh. But in 2020, Russia has decided to revise the rules of the game. The Saudis felt betrayed. Why Russia has taken this step? The answer to the surface.

The main lobbyist of breaking the agreement with OPEC has always been the head of “Rosneft” Igor Sechin, who since the transaction was opposed production cuts. Back in February, 2019 in the letter to Vladimir Putin, Sechin called OPEC+ “threat to development of Russian industry”.

The threat, according to Sechin, was mainly American companies, extracting shale oil. Bringing down prices, Sechin had intended to destroy them.

Riyadh seemed to be waiting for the Russian refusal, and began to act immediately. Saudi Arabia has reported an increase in deliveries of oil in April to 12.3 million barrels per day, with a further increase to 13 million barrels. Plus ADNOC, the national oil company of UAE, said that in April it will also increase the supply of crude oil to 4 million barrels per day and higher, and will accelerate plans for growth of its capacity to 5 million barrels. Earlier, UAE were planning to go to this level until about 2030, and then to urgently allocate billions of dollars in investment in the notoriously unprofitable projects.

Whatever it was, but after a couple of weeks (well, maybe a little later) additional volumes of oil that are planning to sell only these two allies in the Persian Gulf, the increase will be equivalent to 3.6% of global supply, compared with February. Meanwhile, imports of “black gold” collapsed because of the epidemic Covid-19, and not the fact that China will soon resume their purchases.

Such decisions are not taken spontaneously, therefore, it seems that Moscow was aware of the possible answer before the March OPEC meeting+. However, the Kremlin decided to stay at his.

Interestingly, the US under these conditions, reported an increase in oil production, albeit less than previously planned. This year production volume is expected to grow to 760,000 barrels, after which the Americans promise to deliver in 2021 the market of 12.66 million barrels per day.

To sell record amounts in fact excess oil, Washington will use all mechanisms of influence, and the Saudis — a flexible system of discounts. That is, to offer lower prices than, for example, “Rosneft”. Riyadh has announced that it has delivered one importer of oil at $ 8,9 per barrel (!) — almost nothing, perhaps even for the cost of shipping.

Qatar believes that the oil war will be protracted. In particular, abdulbasit Ahmed al-Shaibi, CEO of International Islamic, said that the government was ready “to hit” on dollar speculators. It seems that the Arabs began buying gold and us currency in anticipation of bad times.

In Saudi Arabia itself after the collapse of OPEC+ is brewing a perfect storm, writes Al Jazeera. Crown Prince and de facto head of KSA Mohammed bin Salman, “faced with a number of parabolic problems in the country and in the international arena, arrested the brothers and nephew of the Saudi king. They were accused of involvement in the coup attempt. The arrest of three prominent members of the Royal house is a symbolic demonstration of the power of the crown Prince, who made it clear that will not tolerate opposition.”

In this context, Al Jazeera concludes that the standard of living in the Kingdom will fall, causing irritation to the conservative part of society. By the way, the West turn a blind eye to dictatorial crown Prince. They say, “there are always difficulties in the safety calculations, which are not known to the General public”. Especially if Mohammed bin Salman declared war to Putin to make that “very painful,” despite the fact that “Saudi Arabia falls real storm”.

The reaction of our oil to the charges in the collapse in oil prices similar to the hysteria that prevails in the Arab world. Thus, the press-Secretary of “Rosneft” Mikhail Leontyev called of Russians who believe that Russian state-owned companies have their share of responsibility, provocateurs and Amateurs. Well, that is not suggested to shoot “under the law “oil” war.”

“Are you saying that Igor Sechin persuaded the Saudis to issue an ultimatum? Coronavirus and we came up with, “Rosneft developed”, Leontiev asked a rather strange question.

Interestingly, counted in Rosneft and the Russian government the consequences of the rupture of the agreements with OPEC+? Judging by the feverish steps of the Cabinet, is now trying to save the ruble, not to the end.

Premiere Mishustin in these conditions it is necessary to do a good mine at bad game. He assures us that a weak ruble, collapsed after the collapse in oil prices, opens new opportunities. “They are primarily associated with the import substitution program. This has already yielded results. Now we are working on additional measures to deepen import substitution in industry, agriculture, expanding opportunities for exports of non-oil products and high-tech products,” — said the head of government.

Not too late “to drink Borjomi”? 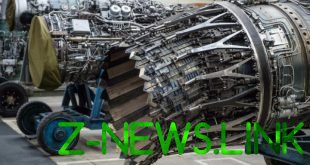 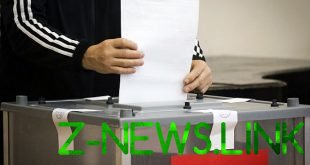