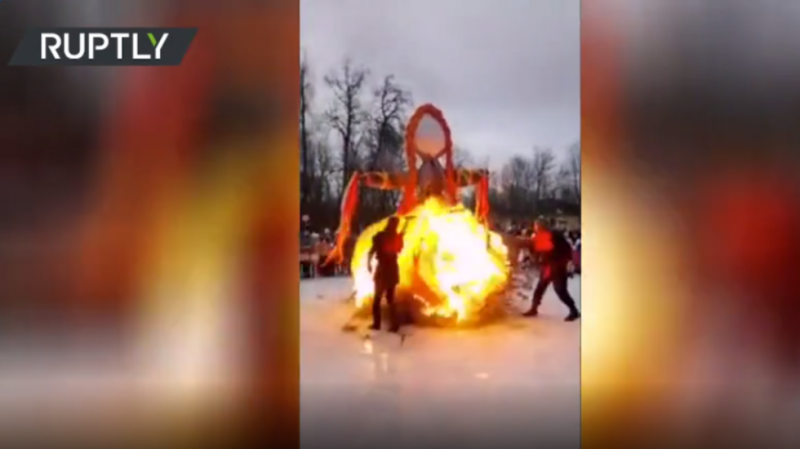 Burning a scarecrow effigy is a part of the annual Maslenitsa festival, an orthodox Christian festival celebration to Shrove Tuesday or Mardi Gras, celebrated in the final week before Lent.

Throughout Russia, towns and villages build a scarecrow figure in the central square, which is ceremoniously set on fire in a ritual to see off the end of winter.

Traditionally, people celebrate with food, drink, and song under the flames of the burning figure. This year, in the small town of Kingisepp near the Estonian border, it exploded after the fire was lit.

One of the men tasked with setting it alight was immediately engulfed in flames, but instinctively rolled away to safety. According to reports, nobody was hurt.

“We invited fire performers to participate in our event,” the local administration told Podyom, an online publication. “They did their beautiful show, and then they also participated in the burning of our Maslenitsa scarecrow. There were no injuries. Everything ended well.”