Home / WORLD / ‘Safer world?’ Stoltenberg calls on international community to get rid of nukes, says NATO members should keep theirs for now

‘Safer world?’ Stoltenberg calls on international community to get rid of nukes, says NATO members should keep theirs for now 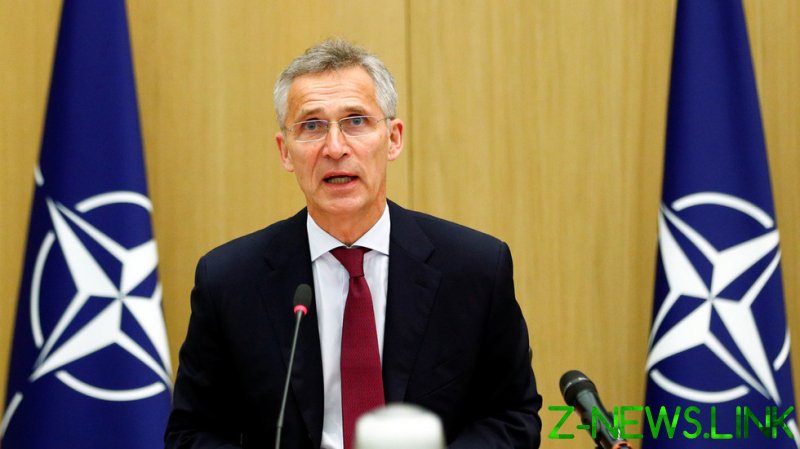 The international community needs to bolster its efforts aimed at getting rid of nuclear weapons in the world, the secretary general said on Tuesday, at NATO’s annual Weapons of Mass Destruction (WMD) conference in Romania.

“Our ultimate goal is a world free of nuclear weapons”, he declared, while calling the UN Non-Proliferation Treaty the best basis for a way forward. That agreement, which came into force in 1970, was designed to prevent the spread of nuclear arms technologies through their transfer from nuclear powers to non-nuclear states as well as to set the goal of a complete nuclear disarmament.

Yet, Stoltenberg apparently believed it would be a bad idea to let NATO set an example in this noble pursuit and be first to abandon its nuclear arsenal in the name of peace. The secretary-general maintained that nuclear weapons do play a “vital role” in safeguarding international security, adding that any nuclear disarmament should happen only in what he called a balanced, reciprocal and verifiable way.

“Giving up our deterrent without any guarantees that others will do the same is a dangerous option”, he said. “A world where Russia, China, North Korea and others have nuclear weapons, but NATO does not, is not a safer world.”

Still, he boasted NATO’s supposed success on the way to a nuclear-free world. “Together, we have reduced the number of nuclear weapons in Europe by more than 90 percent over the past 30 years,” he said.

What the secretary-general apparently forgot to mention was that this achievement was not a result of some internal deliberations at NATO but that of a series of treaties between the US and the USSR and, later, Russia.

The list of these agreements includes the 1987 Intermediate-Range Nuclear Forces (INF) Treaty that barred the two nations from possessing and developing short- and mid-range ground-based nuclear-armed missiles altogether. Another one was the 1991 START Treaty that limited the number of nuclear warheads each side could have to 6,000 and the number of nuclear delivery vehicles, such as ballistic missiles or heavy bombers and submarines, to 1,600.

The 2010 New START Treaty further limited these numbers to 1,550 nuclear warheads and 800 delivery vehicles, with only 700 of them deployed, for each side. Now, Stoltenberg is calling on Moscow and Washington to “continue to lead on arms control” and to particularly extend the New START, which is set to expire in February 2021.

The secretary-general, however, did not mention that it is a NATO member, the US, that has been reluctant to do just that up to now. In mid-October, Washington dismissed as a “non-starter” Russian President Vladimir Putin’s proposal to extend the treaty for one year without any preconditions and to work out the details for a prolonged extension later, only to threaten Russia and China with some as-yet-nonexistent hypersonic missiles less than two weeks later.

Neither did Stoltenberg mention that it was the US that unilaterally left the INF Treaty in 2019, putting Europe on the brink of becoming a theater for a potential nuclear arms race. Nor did he say that Washington conducted a test of a missile previously banned by the INF less than a month after it officially withdrew from it.

Instead, the NATO secretary-general followed the US narrative in declaring that it is China that has a “responsibility” to engage in arms-control negotiations – something that Washington has long demanded.