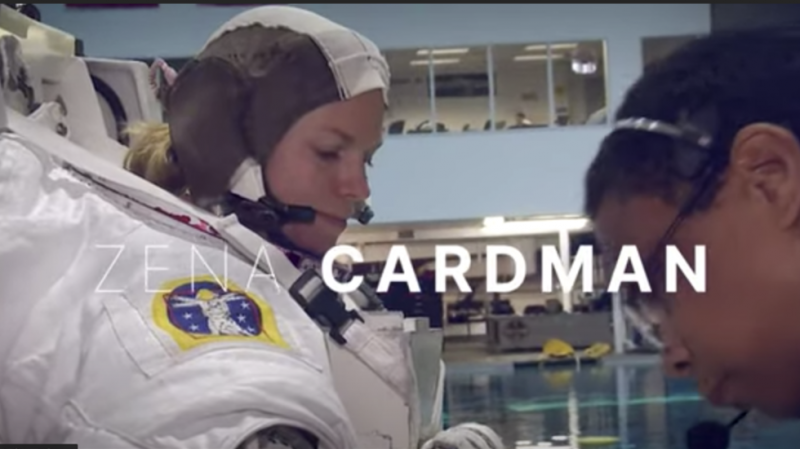 Following in the footsteps of the Pentagon and the CIA, NASA is struggling to reinvent itself as woke, capable of luring and keeping the attention of Americans addicted to identity politics, whom it had not previously felt the need to reach.

The agency released a video touting its ‘Mission Equity’ earlier this week, drawing a less than enthusiastic response from Americans baffled that an agency in charge of exploring space would have anything to do with the squishy climate of ‘intersectionality’ that has so much of the nation by the throat. The clip featured astronauts in a rainbow of skin tones, urging the viewer to “join NASA astronauts on Mission Equity.”
The oft-touted word ‘equity’ is not the same as equality, though many of its purveyors seem eager to capitalize on the confusion, retired Space Force Lt. Col. Matthew Lohmeier told Fox News’ Tucker Carlson on Thursday, warning that misunderstanding the term could be quite dangerous.

“It’s a new term, it’s used wittingly, which essentially means enforced outcomes or enforced inequality,” Lohmeier said. “Equity is not good as it is defined, but it sounds good, that’s why we use the word.”

“We’re starting once again to judge people by the color of their skin,” he warned, suggesting American leaders “think very carefully about whether they want to inject tribalism into our long-trusted institutions in this country that typically have not been infected with tribal thinking, with all that that entails.” He continued: “impugning guilt to other groups of people based on… who they are accidentally, that is a good definition of racism.”

As many on social media pointed out, making NASA subject to the same diversity-obsessed hiring practices could cause even more harm than the ‘equity’ mandates being deployed in major corporations like Coca-Cola eager to virtue-signal. Indeed, a NASA run by anything other than meritocracy would be a disaster, given that the woke brigades have long declared mathematics (especially advanced mathematics) and physics to be racist. Young people may graduate college and get themselves recruited by NASA, not knowing – or caring to learn – how to solve the complex equations necessary to make a rocket hit its mark without blowing up on the launchpad.

Without the meritocratic system that landed the Apollo missions on the Moon in the first place, NASA is going to be staring at a lot of dead astronauts, Lohmeier and others on social media suggested, pointing to the risk to the entire crew’s safety if one decided they didn’t want to perform a certain safety protocol, or the peril if Ground Control were to rebel against the flight crew for misgendering them.

Ironically, the recent film ‘Hidden Figures’ showcased the role of black women mathematicians in getting Americans into space during the Apollo missions – suggesting the agency had been quite a bit more welcoming to non-white and female employees than the current narrative suggests.

Not everyone took the campaign so seriously, with some getting a chuckle out of the idea of fragile ‘snowflakes’ having to figure out the complexities of science necessary to get a rocket off the ground (or its occupants back home in one piece) on the fly, and many mocking the idea as “Critical Space Theory,” in a pun on critical race theory.

Others seemed worried that countries like China would overtake NASA in the race to put humans back on the Moon, given the already cash-strapped agency’s mandate to squander some of that money on a glorified virtue signal like the equity program.

A few even suspected a conspiracy to defund the agency if it didn’t play along.

That’s not to say everyone looked down their noses at the program. Biden’s domestic policy advisor, Susan Rice, heralded the questionable move as “one of [NASA’s] most impactful missions yet.” It would “use NASA data to benefit underserved communities and make *space* in science and technology for everyone,” she said, without explaining how that data would be used, what it was, or how NASA planned to collect it.

NASA administrator Bill Nelson stepped up to defend his project with a fusillade of buzzwords as well, calling it a “bold and necessary challenge for NASA to ensure our programs are accessible to all Americans and, especially, those living in historically underserved communities.”

Meanwhile, if its YouTube channel is anything to go by, NASA is only getting warmed up in its efforts to boldly go where no transgendered neurodiverse Latinx (or other minority community) has gone before. The agency posted a nearly hour-long clip about the “Power of Active Allyship” to celebrate Pride Month on Thursday.