Home / policy / Saakashvili refused to testify in the SBU

Saakashvili refused to testify in the SBU 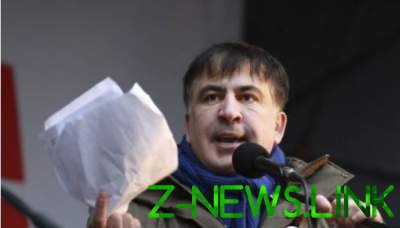 The politician’s lawyers explained that the investigators were going to conduct two investigations.

The former head of the Odessa regional state administration Mikhail Saakashvili on Tuesday morning arrived at the building of management of security Service of Ukraine, where he was appointed an interrogation, but to testify he refused.

He said this to journalists at the entrance.

“Here I’ll come for sure, once they accept all the observance of the law, that is, send two separate agenda, with specific actions, strictly according to the code of criminal procedure. Then of course I will come,” Saakashvili said.

The politician’s lawyers explained that the investigators were going to conduct two investigative actions – examination and sampling of voices, one agenda. The defence submits that this breach of procedural rules, therefore, recorded in the office of the SBU motion to postpone the questioning.

Saakashvili also promised to appeal to the European court on human rights with the complaint to illegal detention on December 9.

Saakashvili is suspected of receiving 500 thousand dollars from the fugitive oligarch Sergei Kurchenko (part 2 of article 256 of the Penal code, the promotion of members of the criminal organizations and concealment of their criminal activities).

Recall that a few hours later, Saakashvili appointed the court, which he expects will be refused temporary protection in Ukraine.