Saakashvili received from Bank documents on deprivation of citizenship 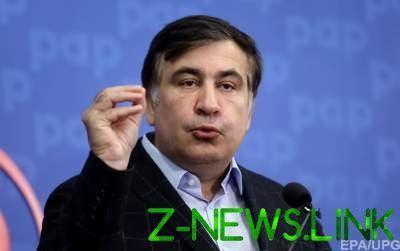 The politician assured that he would sue in the near future.

The ex-President of Georgia and former head of the Odessa regional state administration, Mikheil Saakashvili announced that he had received from the Bank documents about the deprivation of Ukrainian citizenship.

He said this in front of the State migration service of Ukraine in Kiev.

At the same time, Saakashvili said that he intends “today or tomorrow” to appeal against this decision in court.

“Finally, we received documents from the presidential administration on citizenship. And we will appeal the denial of my citizenship,” – said Saakashvili.

We will remind that on October 24, the Prosecutor General of Ukraine Yuriy Lutsenko stated that the State migration service refused to Mikheil Saakashvili in the granting of refugee status.

Later this information was confirmed in the SMS.

In addition, the migration service also expel from Ukraine 20 people from the environment of Saakashvili, who was “illegally” is designed as cultural figures during his tenure as head of the Odessa regional state administration.