Saakashvili is back in business 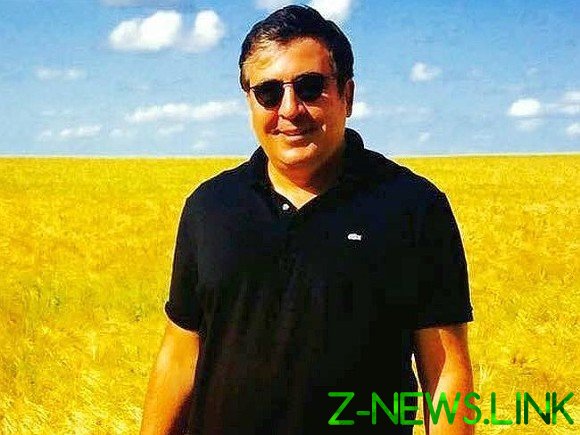 The return of Saakashvili is great news, especially for our Federal channels. Dudes something to talk about, because every day they need to score a few hours of broadcast, and the themes have been exhausted long ago and went by the twentieth circle. Moreover, Ukraine is always in the charts. And here such gift — Saakashvili is back in business!

All have joked about Zelensky, who executed the order of Putin, and returned the citizenship extravagant Mishiko, so I have this idea, with your permission to develop will not. But, of course, with Michal Nikolaitch would be more fun. Zelensky, maybe even did not understand what he did. He released more precisely, let back of a powerful Genie. Zelensky is an artist and his rivals in the elections is just not enough of this quality. Artistry and charm. Saakashvili these qualities in the kit. Also do not forget that Saakashvili already has experience in the presidency — unlike Zelensky.

See also:  The business Ombudsman said about the Windows broken during the protests.

He led the country, in which Russia repelled the percentage is even larger piece of territory than was taken from Ukraine, he was involved in a real war against Russia, although it was short and took far fewer lives than the war in the Donbass. In General, Saakashvili’s trump frame. Make it your ally would be great. To have an enemy — very bad. But by itself, this story reminds us that we are all still Soviet people. Judge for yourself: a citizen of one country occupying in this country the highest office, moved to another country and there is rapidly making a career. Because the way of thinking of these people, he understands the language they have in common. Saakashvili to Ukrainians stranger, but not stranger. As they are for him though not countrymen, but in a sense, compatriots.

See also:  Poroshenko discussed with Steinmeier the escalation in the Donbas

Where else is this possible? Except that in countries also emerging from the collapse, like Yugoslavia and Czechoslovakia. But in Russia we can’t imagine. Thank God that none of us deprived of citizenship and in this sense Russia may even consider himself the best power. But Russia does not recognize any imported politicians, even if they are former Soviet citizens. And Georgians love Stalin. However, Russia does not need their policy. So politicians in Russia just yet. And if someone really wants to show themselves, without any deprivation of citizenship, he may be behind a cordon and gets off easy. So for us, the story of Saakashvili — this is the story of the strange and unknown. So it is interesting.