Home / policy / Saakashvili explained the situation with the Dutch visa

Saakashvili explained the situation with the Dutch visa 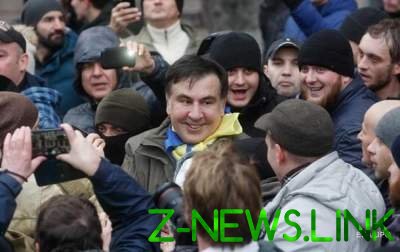 The politician is sure – he does not need.

Former President of Georgia Mikhail Saakashvili stated that he does not need a visa for the Netherlands, since it offers of citizenship from several European countries.

The politician neither confirmed nor denied the words of the journalist about the presence of his Dutch visa, and turned the conversation to a passport.

“I have no foreign, I have no full passport. If I had a Ukrainian passport — it quietly would be recognised in Europe. Any European country will let me go, and it for anybody not a secret,” —said Saakashvili.

We will remind, the authorities of the Netherlands issued a visa to former President of Georgia Mikheil Saakashvili.

Last year Saakashvili said that the father of the wife gave him an apartment in the Netherlands on a case that will be no where to go.