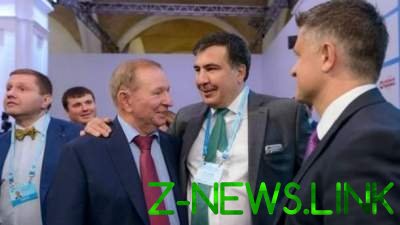 Former President of Georgia considers that the current head of Ukraine a weak leader.

The former Governor of the Odessa region called the President of Ukraine Petro Poroshenko is quite weak, this assessment he gave him, as head of state.

According to him, the most powerful Ukrainian President Leonid Kuchma was, if to compare with Viktor Yushchenko and the current leader of Ukraine.

The politician also added that Poroshenko is trying to be strong, but it can’t.