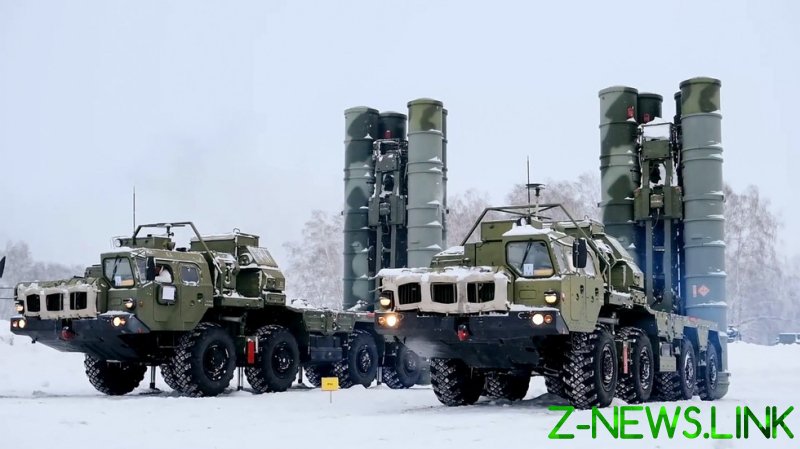 A Ukrainian military helicopter which conducted an attack a Russian village, on Thursday, was hit with an S-400 long-range missile as it was returning to base, the Russian Defense Ministry has claimed.

The Soviet-designed Mil Mi-8 helicopter was taken down near the town of Gorodnya in Ukraine’s Chernigov Region, the ministry said at a morning press briefing on Friday. The area is located around 30km from the Russian border.

The helicopter, according to the ministry, was used in the April 14 attack on the village of Klimovo in Russia’s Bryansk Region on the other side of the border, leaving seven residents injured, including a two-year-old boy and his pregnant mother. Russia said two Ukrainian helicopters fired at least six missiles at the village after approaching at low altitude.

The S-400 is one of the most advanced long-range air defense systems in the world, and is produced by Russian company Almaz Antey. According to the specifications, it can hit targets at a range of up to 400km, depending on the type of missile. China, Turkey, and India have purchased the weapon system despite the US threatening to impose sanctions against those buying advanced Russian arms. 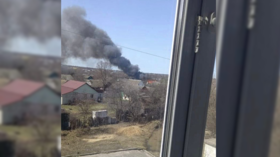 The Defense Ministry also said it delivered a cruise missile strike on a military target in the Ukrainian capital and opt for more “in response to any terrorist attacks and acts of sabotage conducted by the Kiev nationalistic regime on Russian territory.”

Russian warplanes hit seven targets in Ukraine overnight, the update said. One of them was described as a unit of “mercenaries from a Polish private military company” in the Kharkov region. The ministry claimed that up to 30 Polish mercenaries were killed.

Russia attacked its neighbor in late February, following Ukraine’s failure to implement the terms of the Minsk agreements, first signed in 2014, and Moscow’’s eventual recognition of the Donbass republics of Donetsk and Lugansk. The German and French brokered protocols were designed to give the breakaway regions special status within the Ukrainian state.