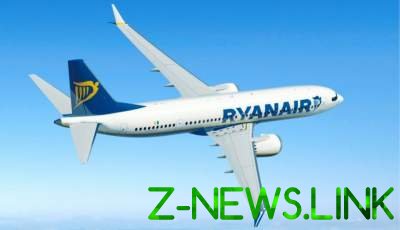 The low-cost airline has announced the schedule.

Irish Ryanair has announced the schedule of flights Odessa-Berlin and launched the sale of tickets for a new direction, which was announced on March 27.

The flights will begin from October 28 and will be operated twice a week on Mondays and Fridays at Berlin Tegel airport. Flights from Odessa to 14:45, from Berlin at 10:20 am. Travel time will be around 3 hours.

The minimum price for tickets starts from 29 Euro one way fare Standard. It includes transportation only a small personal item as carry-on baggage with dimensions up to see 40х25х20

It is noted that the official launch flights from Odessa Ryanair announced on March 27. Originally it was planned that low-cost launch flights to three destinations in Poland – in kraków, wrocław and Katowice, but in the course of negotiations for a few hours before the official announcement, the parties agreed to open the fourth direction to Berlin. Because of such impromptu Ryanair has not announced any prices, the schedule of flights Odessa-Berlin during the press-conference in Odessa on March 27.