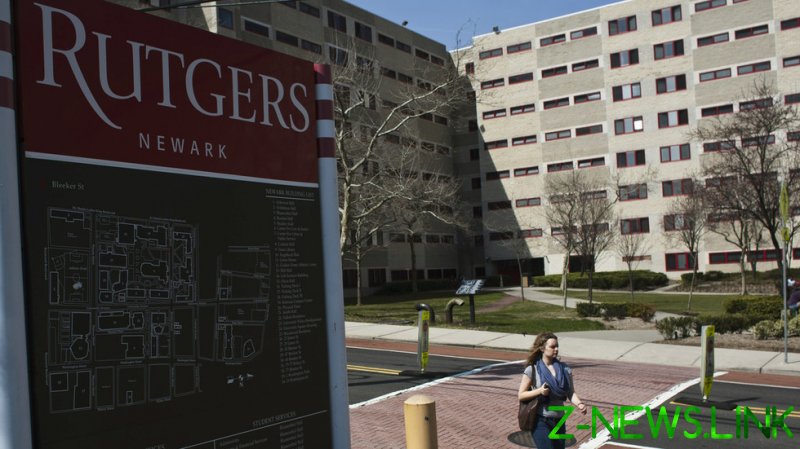 The university released a statement this week condemning the “sharp rise in hostile sentiments and anti-Semitic violence in the United States.”

The statement was signed by Chancellor Christopher Molloy and Executive Vice Chancellor for Research and Academic Affairs Francine Conway. It referred to how the most-recent fighting between the Israel Defense Forces (IDF) and the Palestinian militant group Hamas had caused “the deaths of children and adults and mass displacement of citizens in the Gaza region and the loss of lives in Israel.”

The university condemned “all forms of bigotry, prejudice, discrimination, xenophobia, and oppression, in whatever ways they may be expressed.”

The university’s activist group, the Students for Justice in Palestine (SJP), released its own statement the next day, accusing the university officials of ignoring “the extent to which Palestinians have been brutalized by Israel’s occupation and bombing of Gaza.”

Conservative podcast host Ben Shapiro wrote that, by apologizing, the university’s chancellor has said “the quiet part out loud: that anti-Semitism and hatred of Israel are intertwined, and that you can’t condemn anti-Semitism without offending the Israel-haters.”

US Republican Party Senator Tom Cotton blasted Molloy, asking: “How can someone this weak lead a university?”

“This bald erasure of the humanity of the Jewish people will forever stain Molloy, the university and all of us with any association with the school,” Seth Mendel, executive editor of the Washington Examiner, tweeted.

The conflict between Israel and Hamas rapidly escalated on May 10 when militants fired volleys of rockets from Gaza at Israeli cities, to which the IDF responded by bombing targets in the Palestinian enclave. The hostilities ended with a ceasefire on May 21. At least 248 people in Gaza and 12 in Israel were killed in cross-border attacks.