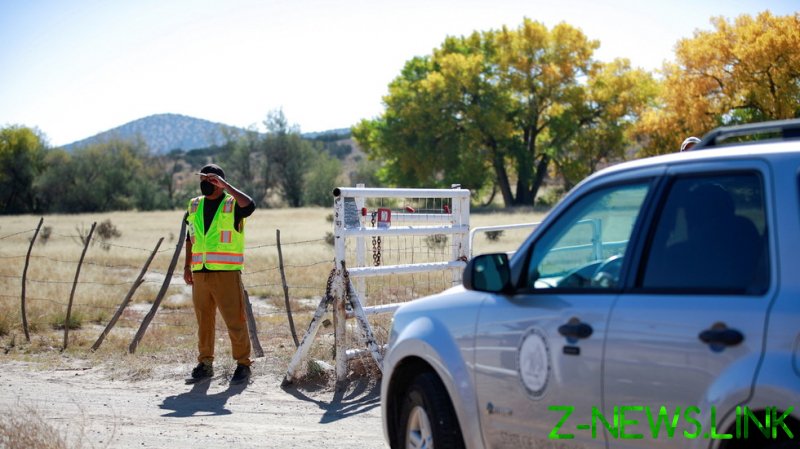 Dave Halls was “removed from set” after “a crew member incurred a minor and temporary injury when a gun was unexpectedly discharged” during the production of ‘Freedom’s Path’ in 2019, a producer on the film told the Hollywood Reporter on Monday.

Halls, according to court documents, had assured Alec Baldwin that a gun he was handling on the set of ‘Rust’ in New Mexico last week was “cold,” or safe, moments before the actor pulled the trigger and killed cinematographer Halyna Hutchins, also wounding director Joel Souza.

A separate report on Monday revealed that the 24-year-old armorer on the set of ‘Rust’ also had an alarming gun safety record. During the production, Hannah Gutierrez-Reed was considered “inexperienced and green” by her fellow crew members, and an anonymous source told the Daily Beast that there were at least two incidents of guns going off on set before the fatal shooting of Hutchins.

“She was a bit careless with the guns, waving it around every now and again,” a source who worked with Gutierrez-Reed on the upcoming Nicolas Cage flick ‘The Old Way’ told the Daily Beast. While working on ‘The Old Way,’ Gutierrez-Reed allegedly had handed an unchecked gun to an 11-year-old child actress, causing production to be temporarily halted.

However, members of the ‘Rust’ crew who worked with Gutierrez-Reed added that the final responsibility for gun safety fell on Halls. “He’s supposed to be our last line of defense and he failed us,” a crew member said. “He’s the last person that’s supposed to look at that firearm.”

It is still unknown how live rounds found their way into the weapon.

According to search warrants from the Santa Fe County Sheriff’s Office, the shooting itself took place as Baldwin was practicing drawing the weapon. Camera operator Reid Russell said in a statement that he “was not sure why the firearm was discharged and just remembered the loud bang.”

Baldwin himself has been “very cooperative” with the investigation, a sheriff’s office spokesman said last week, while the 63-year-old actor has also reached out to Hutchins’ family to offer support.

The shooting sparked calls for a ban of real guns on movie sets, and more than 50,000 people have signed a petition calling on Baldwin to use his influence to push for such a ban.