Russophobia didn’t start with Ukraine. It’s long been brewing in the West 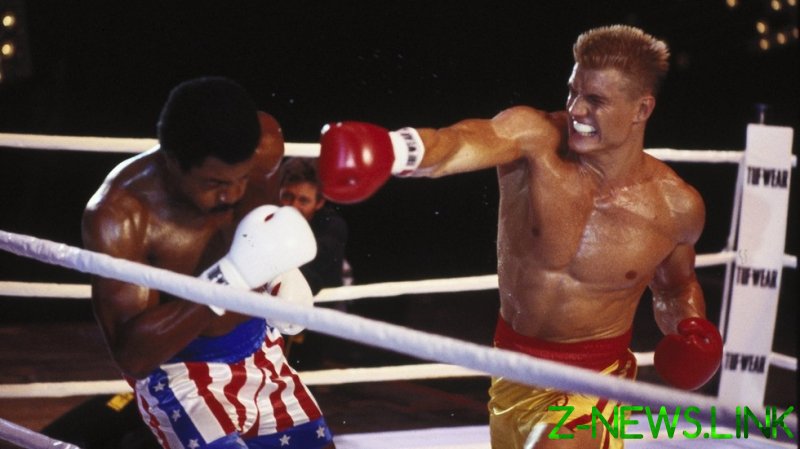 Moscow’s actions in Ukraine have exposed a deep-seated latent racism toward the Russian people that a number of Western institutions – not least Hollywood and the legacy mainstream media – have been cultivating for far too long.

Of all the major military operations that have been undertaken since the start of the millennium – in Afghanistan, Iraq, Libya, and Yemen, to name but some of the broken places – Russia’s “special operation” in Ukraine already stands apart for a very peculiar reason, and that is the ugly backlash it has generated against ordinary Russian citizens.

By now, many people will have heard the stories circulating online of Russians enduring discrimination in Western capitals – from famed conductor Valery Gergiev losing his job at the Munich Philharmonic, to children being bullied in school, to families being denied service in cafés and restaurants. Not even medical facilities are immune from the lunacy. Last week, the Iatros Clinic in Munich, Germany, announced it would no longer treat Russians and Belarusians, and I’m guessing that unspeakable act of cruelty would have included pediatric patients too. Only after experiencing a wave of online criticism, proving that not everyone has lost their mind, did the facility retract its racist decision.

Equally astonishing has been the West’s brutal sanctions regime, which is so vicious and over the top that it could actually succeed in inflicting severe economic pain even on Westerners. This emotionally charged reaction to the events in Ukraine looks like virtue-signaling gone mad – a particularly worrisome development, given the mob seems incapable of differentiating between the actions of the Russian government and those of its citizens, who, as is the case with every country finding itself in such circumstances, have precious little say in matters related to war and peace.

And while it is perfectly natural to loathe war, and to speak out against it, a little consistency would be nice. Since I’ve already explored the question of Western hypocrisy in a previous column, I’ll just touch on it here: Why have the US and its NATO allies never suffered so much as a canceled dentist visit for their illicit military adventures across the Middle East and North Africa?

And that brings us to another question: why has it become so acceptable, even fashionable, for people to embrace their inner Klansman whenever the subject is Russia, the global whipping boy? I believe I speak for the majority of Americans when I say we have been methodically conditioned from birth to believe Russians are inherently ruthless and amoral. Much of this conditioning occurs on the television screen and in the movie theater over the duration of a lifetime. Russians find the clichés so ridiculous as to be amusing. 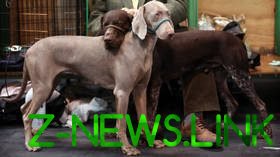 To offer just a couple of famous examples, in the 1985 film ‘Rocky IV’, Dolph Lundgren plays the part of Ivan Drago, the icy-cold, expressionless Soviet-Russian boxer who literally beats his opponent, Apollo Creed (Carl Weathers), to death in the ring without displaying an ounce of remorse. On a lighter but no less effective note, American children were entertained during the Cold War years by the TV series ‘The Adventures of Rocky and Bullwinkle and Friends,’ in which the main antagonists are Russian spies Boris Badenov and Natasha Fatale. Such examples of Russians playing the role of evil villains in Hollywood could be cited hundreds if not thousands of times.

These racist stereotypes have become so deeply ingrained in the Western brain that most people accept them at face value without thought – which, by the way, is practically the definition of ‘brainwashed.’ It’s interesting to note that Americans – at least from what many Russians have told me – are rarely typecast as the villain in Russian films.

In addition to being systematically vilified by Hollywood scriptwriters, Russia has been subjected for many years to a non-stop media smear campaign. From perpetuating the debunked news that the Kremlin played kingmaker by installing Donald Trump in the White House, to falsely accusing Russia of hacking the US power grid at the very peak of torrid AC season, it should come as no surprise that many Americans – aside from feeling nothing but media-generated contempt for Russians – have absolutely no clue what motivated Moscow to initiate its offensive actions in Ukraine in the first place.

A person does not have to agree with those motivations, of course, but they should at least be made aware of them. Instead of behaving in the interest of real journalism, however, Google’s YouTube, for instance, banned all channels linked to Russian state media and even the supposedly unbiased search engine DuckDuckGo said it would deliberately down-rank Russian news sites.

As far as the mendacious Western media is concerned, Russia woke up on February 24, yawned, stretched, and scratched itself, before deciding then and there that it was a wonderful day to shake up its neighbor. Such a myopic narrative precludes decades of Kremlin warnings, most notably Putin’s now-famous speech at the 2007 Munich Security Conference, in which he told the packed assembly, “NATO expansion … represents a serious provocation that reduces the level of mutual trust. And we have the right to ask: against whom is this expansion intended?”

Far from legacy media and social media using the vast tools at their disposal to keep their readers informed, perhaps even demand some answers from NATO as to why it was so necessary to smash up against Russia’s border, they contributed to political climate change at the worst possible time. Meta Platforms announced that, in the context of Moscow’s military offensive in Ukraine, it would condone on Facebook and Instagram hate speech that called for violence against “invading Russians.” As a thought experiment, would these US-based companies have made such dramatic concessions had American or NATO-ally lives been on the line? It seems doubtful. 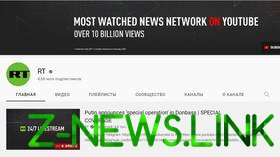 So, as Russians find themselves increasingly discriminated against in the West, another important question must be asked: Where was this level of hysteria when America and its allies was obliterating various Middle Eastern nations with its “shock and awe” performances that gave rise to a whole new genre of Merriam-Webster-approved euphemisms – gems such as “collateral damage”(dead civilians), “enhanced interrogation techniques” (torture), and “extraordinary rendition” (state-sanctioned kidnappings to “black hole” sites).

Setting aside the tricky matter of whether a military response is ever the right response, should a people ever be judged on the actions of their leader? According to a recent poll by the state-owned Russian Public Opinion Research Center, 70% of the Russian population supports the offensive in Ukraine. Yet military decisions in every country are typically made without the consent of the governed. Historically, the majority of onlookers are tolerant and intelligent enough to separate the actions of a government from those of its citizens. But somehow that sort of rational thinking got tossed out in the Ukrainian conflict, and that is turning into a tragedy not just for Russians, but for mankind.