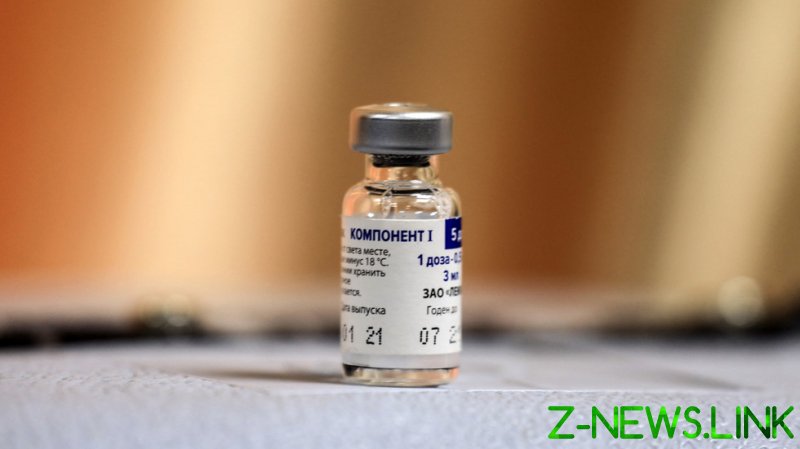 Speaking to journalists on Tuesday, Denis Logunov, the deputy director of the Gamaleya Institute that developed the jab, warned that there was a decrease in efficacy against the sub-type, which is believed to have originated in India.

Laboratory tests designed to show how closely matched the antibodies given by the vaccine are to those needed to fight off the variant have been conducted, he said. “We see that there is a slight decrease in serum activity with respect to the Delta strain,” the scientist revealed. “For Sputnik V, this is approximately a fall of around 2.6 times,” Logunov said at the press conference.

However, foreign-made formulas were seeing a similar effect, and were three to five times less effective, he claimed. “Therefore, we are optimistic about the efficacy that we are seeing. There is a drop, but the drop is insignificant,” Logunov added.

Overall, though, Sputnik V still offers robust protection for individuals against infection, serious illness and hospitalization, its makers say, even if laboratory tests show it is less specific to the variant.

At the same time, the academic warned, Russia has “a huge percentage of people not vaccinated,” which provides “ideal conditions” for the evolution of new strains.

Officials in the country have warned that a resurgence of cases that have driven a rise in hospital occupancy and a record number of deaths are down to the Delta variant. Around 90% of new cases in the capital, Moscow, are now being attributed to the strain.

Earlier on Tuesday, scientists from the Vector Scientific Center in Siberia said that reports of a new and dangerous variant spreading across the nation, nicknamed ‘Delta Plus’, had been overstated. The head of the institute’s viral infections research unit, Alexander Semenov, said that “it has not been proven that such a mutation will be more viable.”

The Kremlin has also said that demand for Covid-19 vaccines has risen in recent days, with tough new measures coming into force that require many workers to get jabs. In Moscow, residents will be banned from bars, restaurants and other hospitality venues if they do not have a QR code confirming that they are immune, or have a negative PCR test from the past three days.