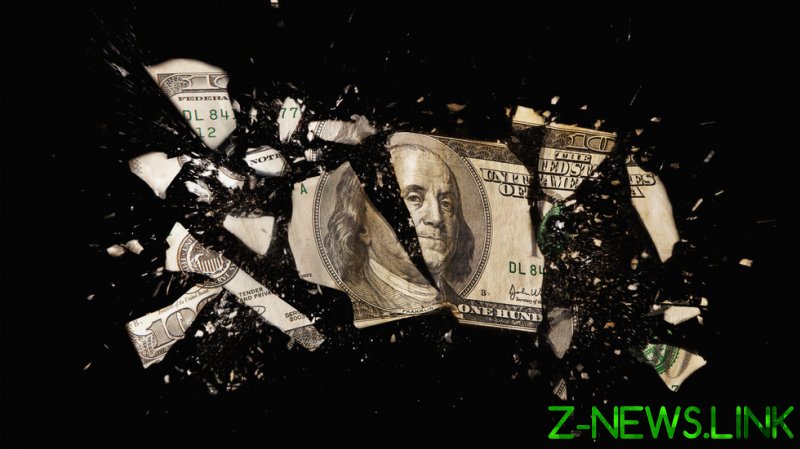 The proportion of US dollars in the fund was reduced from 35% to zero, while the share of the British pound was lowered to 5%. The shares of the euro and the Chinese yuan were increased to 39.7% and to 30.4%, respectively. The share of the Japanese yen stands at 4.7% and the share of non-cash gold is 20.2%, the official statement by the Finance Ministry reads.

“These conversion operations were carried out with the funds of the NWF in foreign currency placed in accounts with the Bank of Russia as of July 1, 2021, as well as with federal budget funds in foreign currency in the equivalent of 31.6 billion rubles, credited to the Fund on July 2 this year in order to form it in accordance with the legislation of the Russian Federation,” the statement outlines.

The ministry indicated that the yuan and the euro are seen as an alternative to the dollar “as the currencies of Russia’s leading foreign economic partners,” while gold is viewed as “an asset capable of protecting the NWF’s investments from inflationary risks.”

The Finance Ministry explained that its latest steps were aimed “at ensuring the safety of the NWF funds in the context of macroeconomic and geopolitical trends of recent years, and decisions aimed at “de-dollarization” of the Russian economy.” The ministry’s action mirrors a similar move made recently by Russia’s central bank in order to reduce assets held in US currency.

In April, Deputy Foreign Minister Alexander Pankin told journalists that political tensions between Washington and other nations were undermining faith in the greenback globally.

Pankin said that US sanctions and unpredictable economic policy “call into question the reliability and convenience of using the American currency as the priority currency of deals.” As a result, the minister said, countries were now being “forced to take measures against the risk of economic losses and disrupted transactions,” while using other currencies in trade is becoming increasingly convenient on the international agenda.