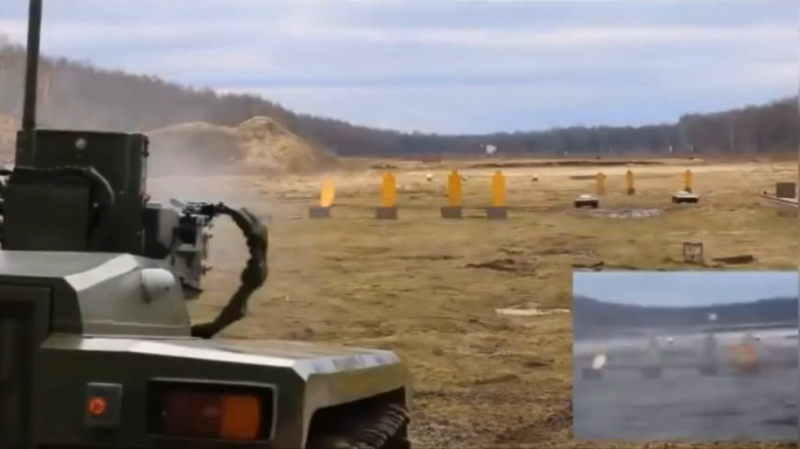 The head of Roscosmos, Dmitry Rogozin, wrote on Telegram, on Thursday, that the ‘Marker’ unmanned ground vehicle will practice patrolling the area around the facility, located in the remote Amur region.

This will include work on the Marker’s ability to spot, identify and “intercept” intruders, as well as confront drones and terror threats, Rogozin said. The robotic vehicle can be controlled remotely or operated independently in “autonomous mode.” Two wheeled and three tracked prototypes have been made.

Roscosmos says such technology could be used later in equipment sent to explore the Moon and the planets of the solar system, but it’s important to improve its artificial intelligence first.

In 2019, the Moscow-based Foundation for Advanced Research Projects in the Defense Industry (FPI) , one of the organizations behind the project, published a video of its vehicle rolling down a snowy terrain and destroying targets with guns and rockets.

This year, the FPI released images of a tracked Marker maneuvering and firing a machine gun. The company also said a wheeled version of the prototype had recently successfully traveled 100km in a self-driving mode.