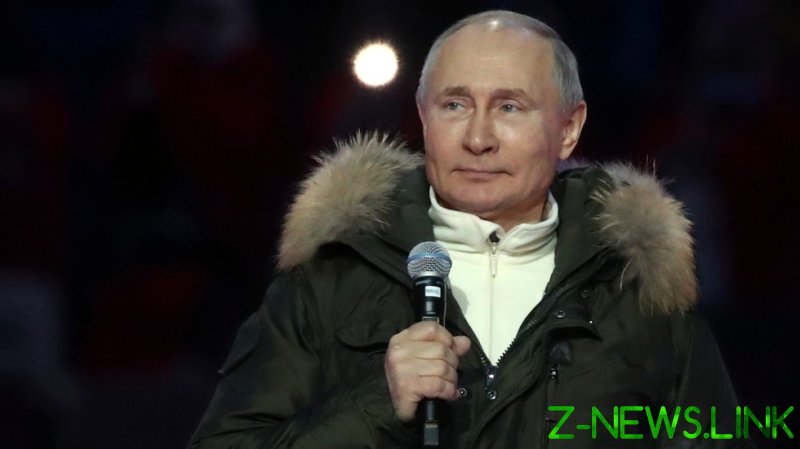 The president named the fight against the pandemic, regional conflict resolution, and strategic stability issues as possible topics, noting that he would be ready to talk to Biden on Friday or Monday in an “open” chat.

“I would like to suggest to President Biden that we continue our discussion, but on the condition that we actually do it live, without any delays, directly in an open, live discussion,” Putin told the Russia 24 TV channel on Thursday. “I think it would be interesting for the people of Russia and the people of the United States and many other countries,” he added.

“I wouldn’t put this off for too long. I want to go to the taiga [forest] on the weekend to get some rest, but we could do it tomorrow, or let’s say on Monday,” he suggested.

Putin’s challenge comes a day after Biden agreed with ABC News anchor George Stephanopoulos that the Russian leader is “a killer.” The US president also noted that he had warned the Russian leader that Washington would react strongly if it discovered evidence of interference in the 2020 presidential election.

Shortly after the ABC interview was broadcast, Kremlin spokesman Dmitry Peskov described Biden’s statement as “very bad,” and accused the White House of not being serious about “establishing a relationship” with Moscow.

Russia’s ambassador to the US, Anatoly Antonov, has been recalled to Moscow for consultations over the future of ties with Washington.