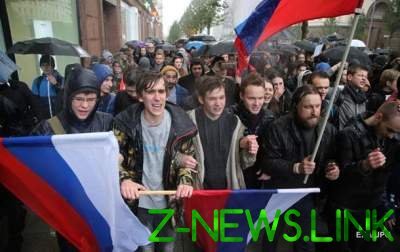 Growth opportunities of the Russian population in the coming decades is very limited.

The natural decline of Russia’s population by 2035, with the most positive forecast of up to 400 thousand people, and in the pessimistic scenario — million people, according to the report “Demographic challenges of Russia” Center for strategic research.

The document notes that by the beginning of 2017 in Russia lived 146,8 million citizens. Over the past few years the natural population growth was observed from 2013 to 2015 and was rather symbolic.

So, in 2015, the country is 32 thousand people more, and this growth was achieved only through migration. In 2016, demographers have slight natural decline, which is forecast in the future will gain momentum. “In any case, the possibility of growth of Russia’s population in the coming decades is very limited,” reads the report.

According to demographic prognosis for Russia because of low volumes of migration by 2050, the population will shrink to of 128.6 million. That would keep the country on the 15-th position in the world population ranking. The document stresses that the same processes of reduction of the number of citizens will be observed in other developed countries except the United States, which will continue to seek workers.