Russia’s ‘liberal’ opposition goes to war again… with itself: Yabloko tells SUPPORTERS of Navalny it doesn’t want their votes 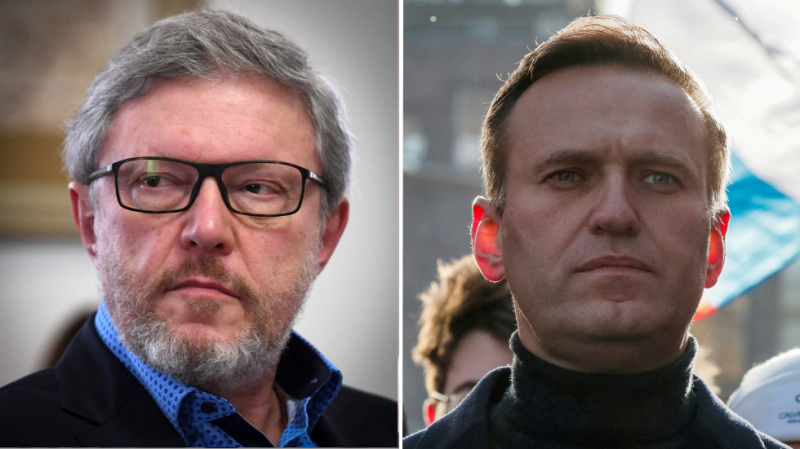 “It was impossible to gather twenty people of whom ten weren’t enemies of the other ten. And if they weren’t, they soon were.” So said the Russian emigre writer Teffi in her short story ‘Gorodok,’ or ‘Little Town’.

The aristocratic satirist was parodying the political divisions of the inter-war Russian diaspora, But her words apply just as well to modern Russian liberals, whose willingness to split into ever-smaller groups is eerily similar to Monty Python’s depiction of the quarrels between the Judean People’s Front and the People’s Front of Judea.

Five parties that could in some way be deemed ‘liberal’ ran candidates in the last parliamentary elections in Russia, in 2016. The top-ranking among them, Yabloko, received just two percent of the party list vote. The other four parties between them amassed a mere two and a half percent, meaning that fewer than one in every twenty ballots was cast for a liberal party.

Parties that get over five percent of the party list vote receive seats in the State Duma. You might imagine, then, that liberal leaders would be interested in uniting their disparate forces and forming a single bloc. They might still struggle to break the five percent barrier, but they would at least have a chance.

Instead, they seem intent on doing the opposite.

As evidence, this week Yabloko rejected the application of Irina Fatyanova, an associate of jailed oppositionist Alexey Navalny, to be a candidate for the party in St Petersburg’s local elections.

Yabloko’s leader, Grigory Yavlinsky, has since followed up with a statement that he doesn’t want the votes of Navalny supporters. “Whoever wants to vote for Navalny, don’t vote for us,” he blasted.

Yabloko’s rejection of Navalny is nothing new. The party expelled him from its ranks in 2007 after he attended nationalist demonstrations and demanded Yavlinsky’s resignation.

Earlier this year Yavlinsky penned an article in which he cited the late dissident Valeriya Novodvorskaya, who called Navalny “the future leader of the mindless mob, with a Nazi inclination.” “There is nothing positive in Navalny’s pretensions to participate in Russian politics,” wrote Yavlinsky at the time.

There is a widespread perception in Russia that Navalny and his Anti-Corruption Foundation, recently designated an “extremist organization,” are working on behalf of foreign powers to overthrow the state. It could be that Yavlinsky shares this view.

Alternatively, he may reckon that there are more votes in opposing Navalny than in backing him. Navalny, after all, is far from popular in Russia, with a trust rating of only two percent (down from 5% in January) according to a survey published in July by the independent Levada polling company, registered as a ‘foreign agent’ by Russia’s Ministry of Justice.

But if Yavlinsky’s rejection of Navalny is understandable, his rejection of his supporters is a little harder to explain. Why turn away votes? A few explanations come to mind.

The first is personal. Yabloko is to some extent Yavlinsky’s personal party. The party title is even based on his name, being an amalgam of the names of its three founders – Yavlinsky, Boldyrev, and Lukin. Allying with people who have shown a past loyalty to someone else – in this case, Navalny – might threaten Yavlinsky’s leadership. It’s safer, perhaps, to keep them out.

A second explanation is ideological. Yavlinsky has described Navalny’s ideas as “fundamentally different” from his own. Yabloko was founded in 1993 as a moderate liberal opposition to the government of Boris Yeltsin. It was a reaction to the negative consequences of the free market reforms of the early 1990s, as well as a response to Yeltsin’s perceived authoritarianism. Navalny has tended towards neo-liberal economics.

He is also he is regarded by many as potentially authoritarian, and has long associated with activists on the far right. As such he represents everything Yabloko is against.

Beyond that, Yavlinsky’s actions fit a recurring pattern in Russian politics. Historically, the country’s liberal parties have shown a continuous inability to unite. In late Imperial times, the liberal vote was split between the Constitutional Democratic (Kadet) Party, the Progressive Party, the Party of Peaceful Renewal, and the Party of Democratic Reform.

In a study of the 1995 State Duma elections, American academic M. Steven Fish noted that Russian liberal parties spent far more time fighting each other than fighting their common opponents. He commented that “Yavlinsky clearly regarded other liberal parties as his main competitors,” and that his campaign objective appeared to be “to emerge unequivocally as the leading figure in the liberal camp, not to maximise the size of the vote accruing to liberal parties as a whole or even to his own party in particular.”

Much the same seems to be true today. Russian liberalism’s support is concentrated in a small portion of the population – urban intellectuals. But liberal politicians seem largely unwilling to expand their audience. This may be because they think that attempts to do so are doomed to failure. It may also be because they regard their peers, rather than the population as a whole, as the group that really matters. Liberal politics, in other words, isn’t about power; it’s about who can be number one in the small circle of liberal urban elites.

This doesn’t make their disputes any less nasty. It’s sometimes said that the less that’s at stake, the more vicious the quarrels. So it is in this case. Responding to Yavlinsky’s attacks, Navalny supporters accused him and his party of being Kremlin stooges, acting on orders from on high. Yabloko is a “party whose leaders are cowards and traitors,” said exiled Navalny aide Ruslan Shaveddinov.

The charges are, of course, absurd, but they are perhaps an accurate reflection of the absurdity of Navalny’s supporters’ claim to constitute a serious political force.

None of this is a cause for celebration. Good government relies on accountability, for which a strong opposition is useful. In Russia’s case, that means something rather better than Gennady Zyuganov’s Communists or Vladimir Zhirinovsky’s right-wing LDPR. It would great if Russian liberals were up to the task.

Unfortunately, they’re not yet giving any signs that they are.