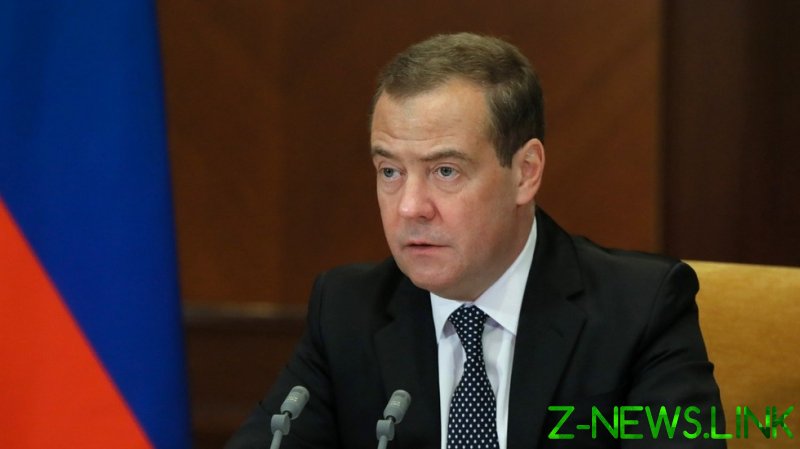 Former Russian President Dmitry Medvedev has accused the West of waging hybrid warfare against his country due to the long-standing tradition of Russophobia. He believes that despite enormous pressure, Moscow will defend its vision of the world order.

“The frenzied Russophobia of the West, apparently, will never reach the bottom. The expansion of NATO to our borders, the economic and information war unleashed against our country on all fronts, endless threats and intimidation, the fierce persecution of our citizens abroad. All this is the reason for the extreme aggravation of the international situation that the whole world is experiencing these days,” Medvedev wrote on Telegram on Thursday.

The senior official also accused Western leaders of double standards and hypocrisy, calling their policies towards Moscow immoral and criminal. “We sincerely strived to have a good relationship with them,” he said.

Medvedev added that Russia has been lied to and taken advantage of for many decades. “The foundation for this rabid hatred towards Russia has been laid by the United States and its satellites throughout the entire thirty years of the new Russian state’s existence. It’s just that for a long time it was masked by the hypocritical white-toothed smiles of politicians and diplomats who said one thing and did something completely different. Simply put, they brazenly lied to us for the sake of their own interests.” 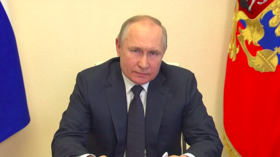 According to the former president, the reason for the ever-growing anti-Russian sentiment is that Moscow has become a strong power in the world, capable of standing up for its interests and protecting its citizens abroad. He also believes the West wants to “make [Russia] weak and completely submissive. Better yet, tear it apart.”

Despite the enormous pressure and resistance, Medvedev says Russia is strong enough to defeat its enemies and protect its national interests.

“We will continue to fight for the world order that suits the Russian Federation and our citizens. In which there is no place for Nazis, historical lies, or genocide. Moral strength and historical truth, as before, are on our side!”

On Wednesday, Russian President Vladimir Putin accused Kiev and its Western allies of “shocking cynicism,” saying their policies made the conflict in Ukraine inevitable. Putin said Moscow has repeatedly tried to prevent casualties by offering a peaceful solution to Kiev. The Kremlin launched its military operation on February 24.

Dmitry Medvedev served as the president of the Russian Federation from 2008 to 2012. From 2012 to 2020, he was the prime minister. Medvedev is currently the deputy chairman Russia’s Security Council.