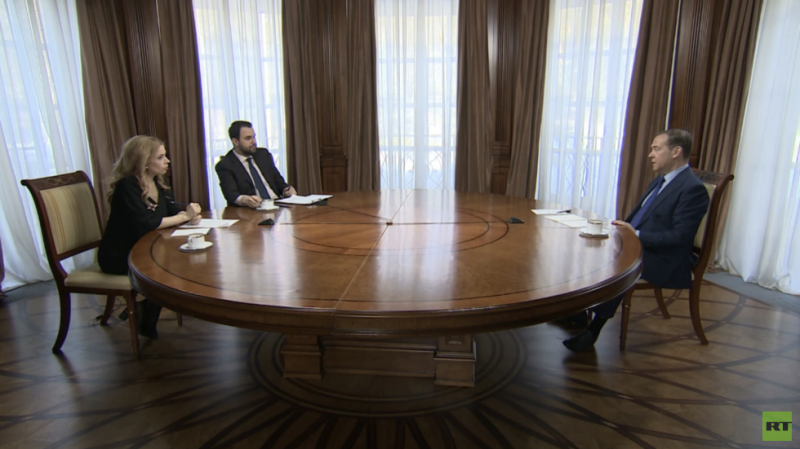 Russia had no other choice but to switch to its national currency, the Russian ruble, in its energy trade with Western nations, after sanctions were imposed on the country, Russia’s former head of state explained to RT and Ria Novosti journalists on Thursday.

Dmitry Medvedev, who served as Russia’s president from 2008-2012 and is currently the deputy chairman of the Security Council of Russia, argued that President Vladimir Putin’s decision on Wednesday to switch to rubles in its energy trade with Western buyers is perfectly logical, with Moscow having no other option under the circumstances.

“They shut down the correspondent accounts for our commercial banks, made settlements in dollars and euros impossible and disconnected the banks on the sanctions list from SWIFT, at least some of them. What did they think we were going to do?” the Russian politician inquired rhetorically.

Touching on the plans to phase out Russian energy voiced by some European nations, Medvedev noted that, in the short term, such a scenario was unlikely, as that would have a devastating effect for Europe itself. The official claimed that the US, which was far less dependent on Russian energy supplies in the first place, was feeling the brunt already after its decision to stop buying Russian oil. According to Medvedev, the rising prices at the gas pump in America, with fuel prices “at a record high right now,” will damage Joe Biden’s approval ratings.

Yet, Moscow has no illusions regarding the fact that sooner or later Western countries will switch to other energy sources, Medvedev noted, hence Russia is “certainly looking at Asian markets in the current environment” and “figuring out ways to diversify our supplies.” The former president concluded that as long as European money trickled in, Russia would continue to use this source of income.

The West showed a profound lack of understanding of the Russian mentality when imposing sectoral sanctions. “They are also trying to influence the sectors of the economy that are behind this big business. And these are hundreds of thousands, millions of our people,” the Russian official argued.

Medvedev claimed that even those who disagreed with the government on certain issues will stand by it in the face of external pressure. “They do not understand the incentives that when such pressure is applied (and this pressure is not on large entrepreneurs, not on big business, this is pressure on anyone and everyone), society is consolidated.”