Russia’s dependence on oil compared with a dead horse 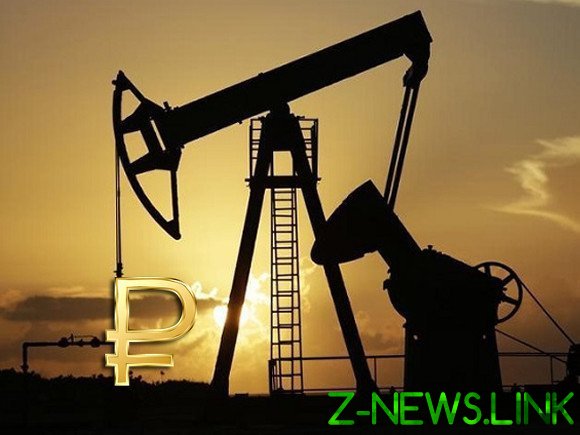 The head of state Corporation “Rosnano” Anatoly Chubais, speaking about the “oil” dependence of the Russian economy, recalled “the famous cowboy saying” and described getting rid of this dependence is a strategic goal.

“Imagine this is the gas that we have today (you have) 20% of GDP, 40% of the budget, 60% of exports. Well, it is the backbone (of the economy). And we got (with the collapse of oil prices in February and March — ed.) is not a bell, and some kind of alarm bell. All, folks! Good to talk about sisanie the oil needle. We have 15 years of hearing how you go. If you do not peel, the dead end will come — not on the horizon, not on the horizon in three years, but in the long,” warned Chubais in an interview with Forbes.

He drew attention to “any predictions on oil prices”. “Even the biggest optimists how much they say? $40 per barrel? Wonderfully, we have this year’s budget is based on is $42.5 per barrel. It is impossible to give the country a strategic risk due to such structure of the economy. This technological system becomes obsolete, it is a fact”, — stressed the head of “RUSNANO”.

According to him, “there is a famous cowboy saying: if the horse died, it is necessary to get off”. “This does not mean that we should close the West Siberian oil field. But about the strategy, of course, we have to make a decision. The sooner we begin to turn from this path, the more we remove from the country’s strategic risks on a national scale”, — says Chubais.

Recall that in may 2018, in the next St. Petersburg international economic forum (SPIEF), the Minister of Finance of the Russian Federation Anton Siluanov noted that earlier, the Russian economy was more dependent on oil prices. “We have created a tool when the impact of oil prices offset the budgetary basis on which to build the budget,” he said.

At the end of March this year, when oil prices reference marks were at the level $21-24 per barrel, Deputy energy Minister of Russia Pavel Sorokin predicted that Russia’s economy within six months to a year will be able to withstand the price of oil at $25 with a flexible system of taxation (approximately 65% of the price of oil in taxes receives the budget and not the oil company). However, he admitted in an interview with RBC that the budget will receive less revenue. However, the Deputy Minister said, Russia has accumulated significant foreign exchange reserves.

However, Sorokin warned, if the oil price will remain at $25 for 2-3 years, it will create a big problem.

The Deputy head of the Ministry also pointed out that now the world oil market in panic, and the price of “black gold” will vary depending on the development of the pandemic in the fashion industry, and production cutbacks in the oil market.

Later, in the second half of April, the Deputy head of the Russian security Council, ex-Prime Minister Dmitry Medvedev has proposed to introduce in the global oil trade, the principle of take-or-pay, referring to a similar experience in the gas sector. In his message on the social network Facebook, Medvedev noted that the Russian government is “ready to discuss this option with partners.” The principle of take or pay (take or pay) works in the following way: whereas the supplier undertakes to provide the goods until fixed in the contract maximum amounts, the buyer shall in any case pay some of these amounts regardless of how much he has purchased in fact, in the period under review.

In addition, the Deputy head of the security Council believes that the situation with the oil futures contracts “is very similar to a cartel”.

We will add that this morning the price of “black gold” standard grades continued to improve after lifting at the end of the previous session to its highest levels since March 11. So, as of 8:27 GMT July futures for North sea petroleum mix of Brent rose $0.12 each to the previous close to $of 34.81 per barrel, futures for June delivery West Texas WTI — at $0.73 to $of 32.55 per barrel.