Russia’s daily Covid-19 death toll surpasses 1,000 for first time since the start of the pandemic 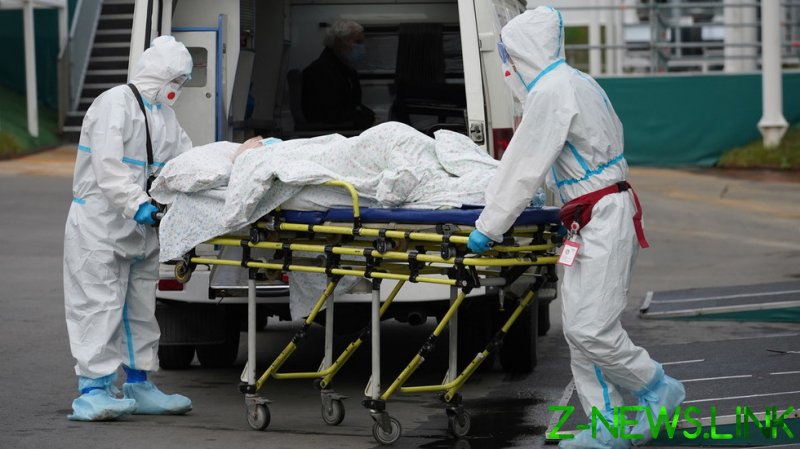 The daily death toll from Covid-19 has been on the rise for the last six days and reached 1,002 people over the past 24 hours, according to the official figures released on Saturday.

The number of daily cases also set a new record, with 32,196 people infected, which is almost 1,000 more than Friday’s data.

Russia’s capital and most populous city, Moscow, remains the worst-hit area in the country, with 6,545 new coronavirus cases, followed by St. Petersburg with 3,088. Moscow Mayor Sergey Sobyanin earlier sounded the alarm over “very high” infection rates in the city, which have increased by 20-30% since the beginning of the week.

The country has seen a sharp spike in Covid-19 cases in October as colder autumn weather, which traditionally leads to a rise in infectious diseases, has settled across Russia.

But the Russian authorities insist they have no plans to introduce a nationwide lockdown, and instead are urging people to get vaccinated.

However, regional leadership is allowed to come up with its own local restrictions in order to stem the spread of the virus, including introducing QR codes for those visiting movies or restaurants, ordering the elderly to self-isolate, limiting the attendance at public gatherings and sporting events. Many regions have already used this right, announcing some of the curbs this autumn.

Media reports suggest Moscow officials have been considering the return to QR codes if daily infection rates stay between 6,000 and 9,000 cases. Mayor Sobyanin didn’t rule out temporary restrictions but pointed out that the capital has already adapted to the pandemic and will continue its development no matter what.

As of Friday, 45.3 million people, or 31% of Russia’s total population, have been fully vaccinated against the coronavirus with the country’s Sputnik V and EpiVacCorona jabs.

Earlier this week, Kremlin spokesman Dmitry Peskov said he regretted the “very slow” pace of vaccination in the country, insisting that “all conditions have been created for the citizens to save their lives by getting inoculated.”