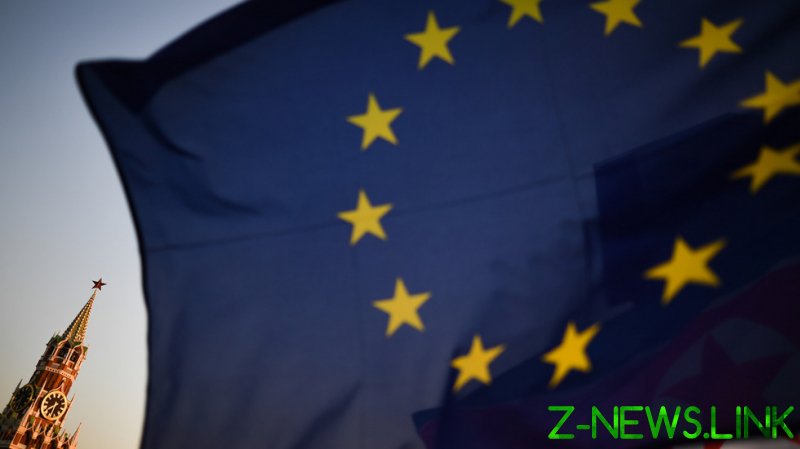 It has pushed Moscow towards Asia, just as the global balance of power flipped. The historical shift of economic power from the West to the East is a catalyst for a revolutionary change in EU-Russian relations. While Asia continues its rise, economic stagnation and relative decline has seemingly destined Europe to growing irrelevance in the world.

For the first time in its history, Russia does not need to look towards Europe for economic connectivity and new ideas. Now Russia has left the EU’s orbit, Moscow and Brussels will need to recalibrate their relationship.

For 300 years, Russia pursued a Western-centric foreign policy focused on Europe. Access to European maritime corridors was central to connect with international trade, and modernization largely entailed making Russia “more European” and obtaining a seat at the table of Europe.

Yet the leading maritime powers, British and American, have consistently embraced the strategy of denying Russia its place in the European family. In 1942, American political scientist Nicholas Spykman outlined the imperative of the US taking over the British mission of containing Russia: “Since the time of Peter the Great, Russia has attempted to break through the encircling ring of border states and reach the ocean. Geography and sea power have persistently thwarted her.” This centuries-old tradition continued after the Cold War, with the organizing of most of Europe around the EU and NATO.

The rise of the EU

The EU also attracted the support of the US, as Washington identified Brussels as a vital partner for collective hegemony in a Western-centric world order. The subsequent gravitational pull brought the pan-European space into the EU’s orbit.

This format for Europe seemingly solved the Russian question: Russia could be denied membership in the main European institutions, yet Moscow would still need to abide by their decisions. The underpinning logic dictated that Russia had nowhere else to go. Russia could either enter that orbit, too, as a political object, or become irrelevant.

Yet, in victory, the EU began its decline. Strengthening the collective power of the EU with continued expansion and the common currency sowed internal divisions. Socio-economic and political divides deepened, and the EU stumbled from crisis to crisis.

Members such as Greece and Italy are now heading towards economic collapse, while others, such as Poland and Hungary, are leading a revolt against the EU’s dismantlement of traditional values and the nation-state. The future of France is uncertain and the continued concentration of power in a more assertive Germany is sowing distrust.

At the periphery, states are quickly leaving the EU’s orbit. Turkey seeks to take advantage of the emerging multipolar world by charting an independent path, and Britain is now celebrating having finally ended its membership and left the EU’s regulatory control.

The US is also losing its interest in Europe, and common interests are gradually declining. The shift of power from the West to the East compels the US to redirect its focus to Asia. A weakened US, struggling to hold on to global leadership, will demand more from its European partners in terms of confronting Russia and China, yet will have less to offer its terms of security guarantees.

For Russia, the relative decline of Europe and rise of Asia presents a historical opportunity. The excessive reliance on an asymmetrical partnership with a more powerful EU was always problematic, and it became untenable, because the zero-sum structures of Europe were never reformed after the Cold War.

For centuries, Russian conservatives aimed to establish an organic path to modernity instead of obsessing about Europe and perpetually attempting to catch up. Eurasianism is becoming a viable geoeconomic project as Russia endeavors to reposition itself from the dual periphery of Europe and Asia to the center of a larger Eurasian construct. It is rapidly diversifying its economic connectivity and developing its strategic autonomy.

Recalibrating relations between the EU and Eurasian Russia

The Europe constructed after the Cold War, without Russia, was designed for a different international distribution of power. In a multipolar world, it will be difficult for Europe to maintain its relevance as the continent loses its political subjectivity and degenerates into a battleground for the great powers.

The Europeans are confronted with a dilemma. Continued EU and NATO expansionism towards Russia’s borders will intensify the dividing lines in Europe, and it will compel the EU to retreat under US patronage and Russia to align itself closer with China.

Alternatively, mitigating those dividing lines by, for example, establishing a partnership between the EU and the Russian-led Eurasian Economic Union, will demand a further EU split from US containment policies.

By ending its Western-centric foreign policy, Russia can paradoxically improve its relations with Europe. Reducing Russia’s excessive reliance on Europe is a pre-condition for cultivating an equal partnership. When mutual sanctions eventually end, Moscow will not seek a ‘reset’ to pre-2014 relations to the extent that it entails re-entering the EU’s orbit.

Most importantly, an equal partnership between the EU and Eurasian Russia entails the rejection of ‘common values’ as a feature of international politics. While democracy and human rights are admirable principles to organize society, they cannot be decoupled from power politics, and are a tool for the EU to organize its orbit.