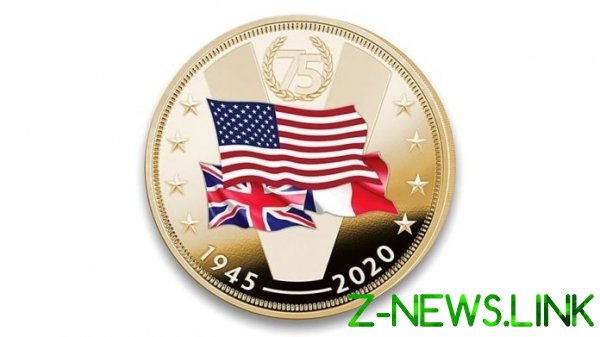 The coin is not placed the Soviet flag.

Russian writer, promoter and leader of the Pro-Kremlin movement “Patriots of the Great Fatherland” Nikolai Starikov disgraced on social networks, criticizing the British stock exchange for the issue of coins to commemorate the Second world war.

The elderly noted that the British coin among the victors of the Second world war marked the Soviet Union.

“The falsification of history. What is it? It is not only when misinterpret the facts and when they …forget. Preparing for the 75th anniversary of the end of the world. Release of commemorative gold coins. But the Soviet Union among the winners forget to specify. The commemorative coin, among the allies the victors of the Second world lists the UK, USA and France. Here’s “forgetfulness” in all that concerns the war. And the propaganda that Stalin is equal to Hitler. In 50 years will get the desired result”, says the post writer. 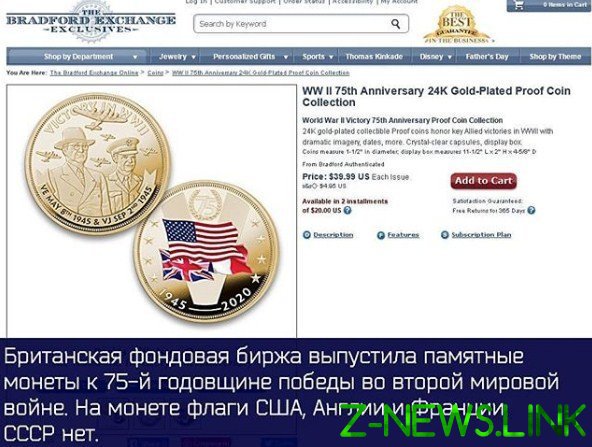 It should be noted that the anger of the Russian propagandist sent the wrong place – the coin was not produced by the British stock exchange, and private collector’s house Bradford Exchange, is engaged in manufacturing jewelry and sporting Souvenirs to order.