“Russian world” on Donbass made fun of Soviet painting 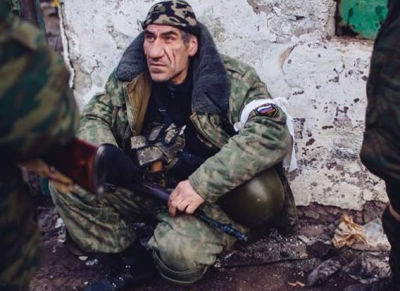 In the Network appeared an eloquent collage.

The network has published a photo of militants of the terrorist organization of Donbass with the characteristic appearance of the character of Soviet films and paintings of the era of the late socialist realism.

Photo collage-a comparison with one of the most famous paintings of the time posted in his Twitter account the famous Ukrainian prankster Evgeny Volnov.

“From the series “living pictures ruskava the world,” he signed his post. 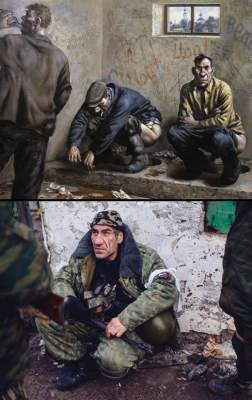 It is noteworthy that the gunman photographed in the same position as the characters in the movie.

Minicola scored more than 150 posts and lots of witty comments.

“the storm of NATO”